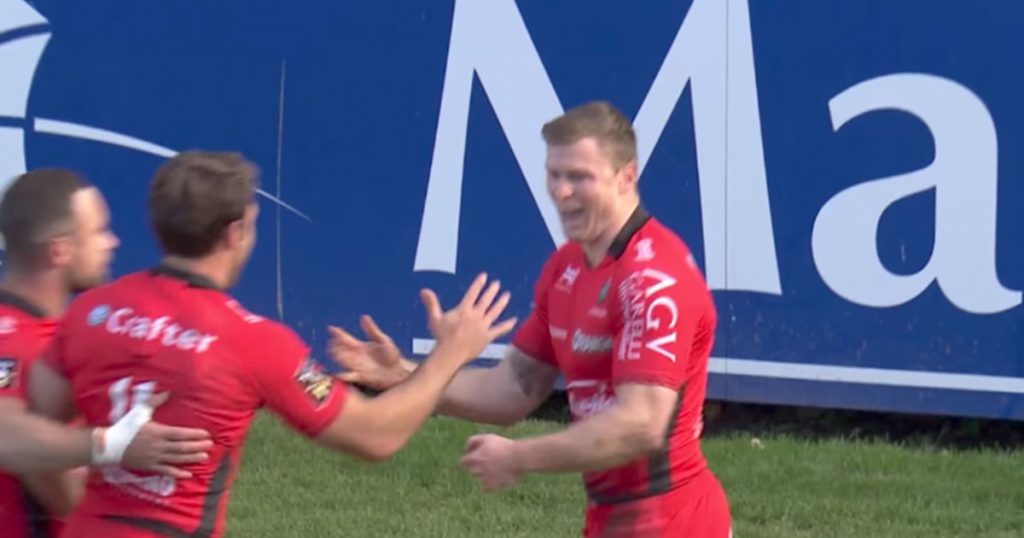 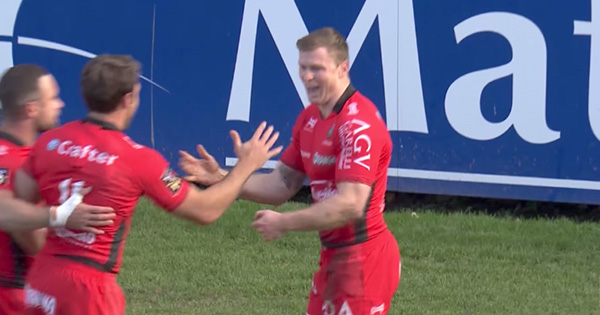 Chris Ashton continues to pay dividends for Toulon and show exactly why they were keen to sign him. As these clips show, he still possesses world-class speed and knows how to both finish and save tries.

In the first instance, Toulon were able to quickly take advantage of a bungled Castres scrum just beyond the 22 metre line. Two passes later saw a sublime kick from Ma’a Nonu set Ashton up in the corner for the score.

Later in the half he put boot to ball for a clearance kick, only to be charged down by opposing scrum half Rory Kockott, who looked set to pounce on the try.

Ashton had no business beating the South African French international to the ball, but he was able to stop and change direction to somehow pull his teammates out of the fire he had started.

Ashton’s speed and scoring aside, Castres took the middle-of-the-table matchup 20-19.

This is the same match the saw the coaches get in an altercation, with a little slap.