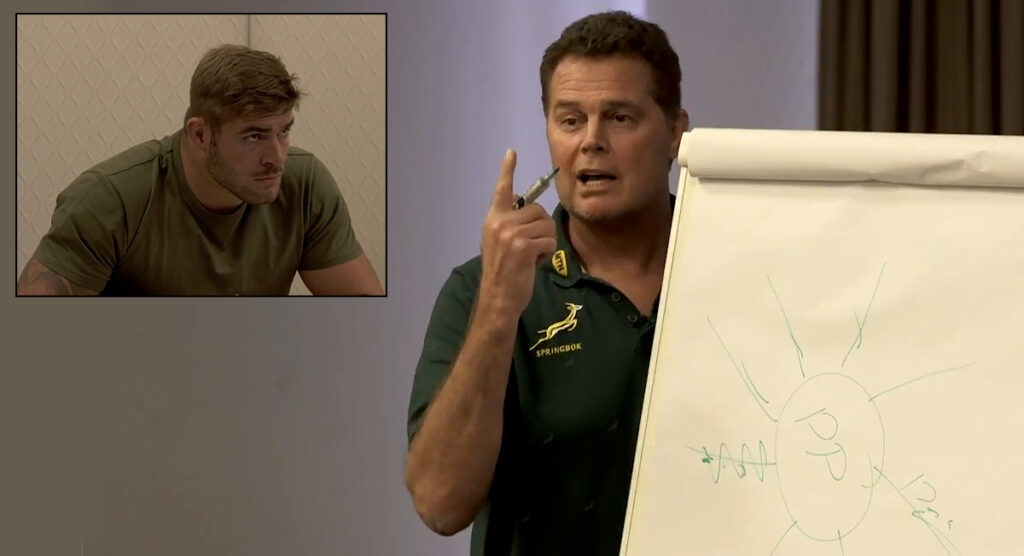 Coach Rassie Erasmus has released another hugely popular video to his fascinating twitter account, giving us more insight into the phenomenal leadership that led to the Springboks claiming their third Rugby World Cup title in Japan last year.

Erasmus, now officially Director of Rugby after handing over the coaching role to Jacques Nienaber, has been sporadically releasing videos to his twitter account that let us go behind the scenes on his 2019 Rugby World Cup preparation.

In what is perhaps the first of it’s kind, the former Springbok flanker has been giving fans an inside look at the planning and processes that went into masterminding their success in Tokyo.

In this particular video, he speaks of the sacrifice required to be the very best in your chosen field.

The beauty of this video is that it is not specific to playing rugby, as he said, but can be applied to any aspect of life.

“I’m talking about us understanding that sacrifice is not getting up at five o’clock and going to the gym. That’s [just] one leg of sacrifice.”

His belief is that the all in approach is what makes champions. Evidently, he’s got a point.