REACTION: Louis Rees-Zammit all round performance calls for Wales selection 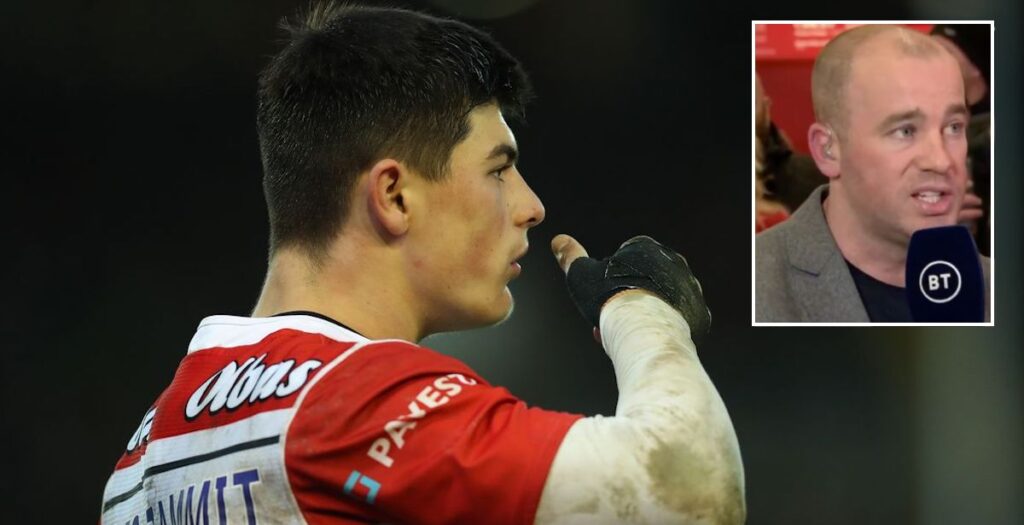 Louis Rees-Zammit once again showed why he should be considered for a Six Nations role with Wales after another stunning Gloucester performance.

The 18-year-old scored a clinical try and set up another with a wonderful offload to help his side record a 29-6 win over Montpellier at Kingsholm.

His first impact on the game was setting up scrum half Willi Heinz for Gloucester’s opening try with a fantastic offload on the half hour mark.

Then 10 minutes after half time he finished off a lovely team try in the corner and Gloucester legend James Simpson-Daniel sung his praise for the teenager after full time.

Louis Rees-Zammit is playing without fear and making the game look simple!@JSimpsonDaniel is loving what he’s seeing from @gloucesterrugby‘s rising star 🍒 pic.twitter.com/5Cjl5yEVCJ

You CAN NOT leave Louis Rees-Zammit out of this Wales six nations squad.

George North or Josh Adams at 13 in the 6N opener against Italy? Louis Rees-Zammit set for remarkable debut after meteoric rise (worthwhile against the competition chopping blocks) Liam Williams unlikely to be risked after injury

Louis Rees Zammit. Future of Welsh rugby. Should be playing for Cardiff Blues.🏉

Louis Rees-Zammit HAS to start for Wales on the opening weekend of the Six Nations. No doubt about it.

How good is the form of Louis Rees-Zammit right now for Gloucester!