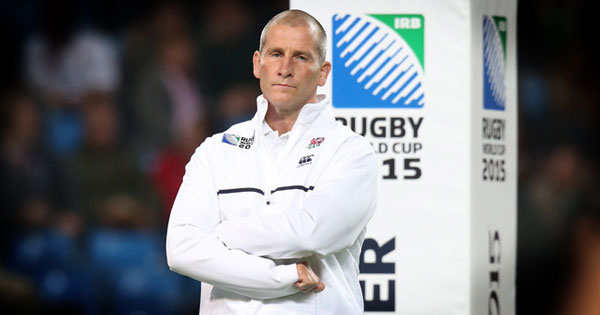 The RFU confirmed yesterday that Stuart Lancaster has stepped down from his role as England Head Coach. It was stated that the decision was made by mutual consent. This follows England’s disappointing World Cup campaign, that saw them knocked out in the pool stages.

“I am obviously extremely saddened to finish the way we did in this World Cup and to step down from the role.” said Lancaster.

“As I have always said, I ultimately accept and take responsibility for the team’s performance and we have not delivered the results we all hoped for during this tournament. I did, however, want to take part in the review to ensure I understood the views of others before making a decision.

“The reality is that, while many aspects of the review were very positive, we didn’t achieve success on the field when it mattered and we all have to take responsibility for that but me especially as head coach.

“I took on the role in difficult circumstances and it has been a huge challenge to transition the team with many hurdles along the way. However, I am immensely proud of the development of this team and I know that there is an incredibly strong foundation for them to progress to great things in the future.

“We have played some excellent rugby and it was always going to be tough to get the right level of experience into them in time for 2015. It is a young group of players with the huge majority available for the Rugby World Cup in Japan in 2019, where I believe their recent experience will make them genuine contenders.

“The team feels a close connection with everyone across the grassroots game, which has been important to us all.”

The recruitment process has already begun, with a few names being thrown around as possibles to take over. RFU chief executive Ian Ritchie has alluded to the fact that money is no object, and they are seeking a head coach with international credentials.

Above is a recap of the resignation, while below is a full audio recording (33:28) of the press conference with Ritchie and RFU Chairman, Bill Beaumont.