Red card not enough as Higginbotham gets suspended for dangerous tackle 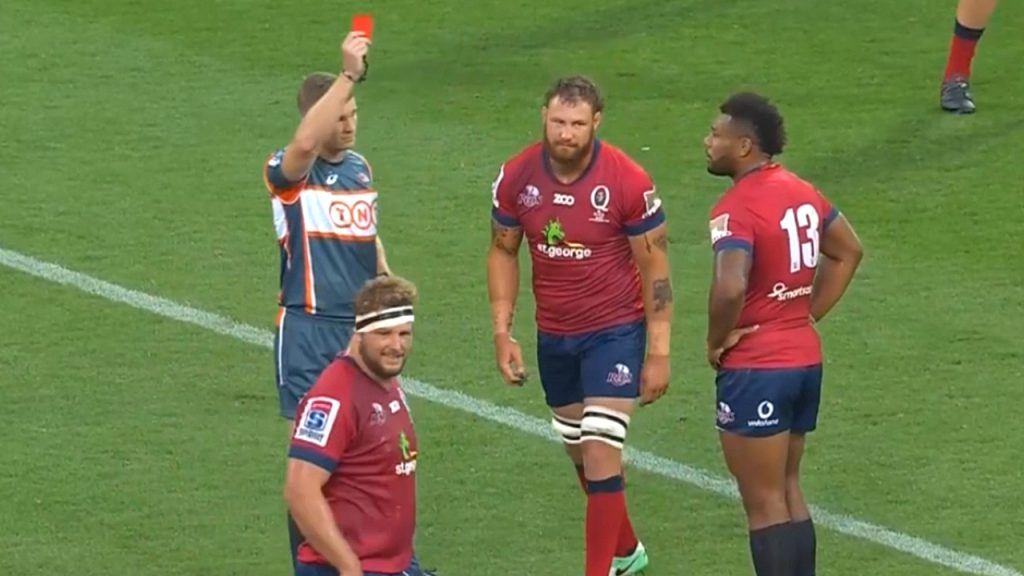 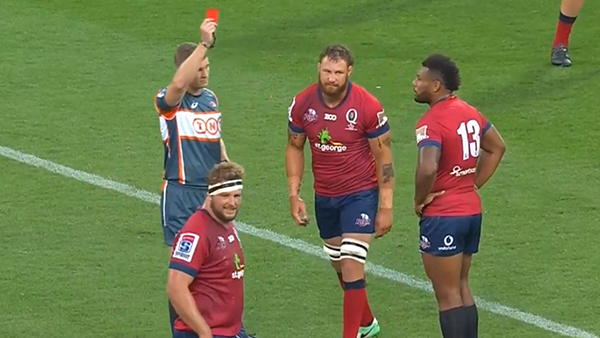 The Queensland Reds will be without the services of loose forward Scott Higginbotham for a few weeks after he was suspended for the dangerous tackle that he was red carded for on Friday. He pleaded guilty but still couldn’t avoid a ban.

Higginbotham was sent off early in Friday’s Super Rugby clash with the Melbourne Rebels.

Higginbotham has been suspended from all forms of the game for 3 weeks, up to and including Saturday 17 March 2018.

“Having conducted a detailed review of all the available evidence, including all camera angles and additional evidence, including a statement from the player and submissions from his legal representative, Mark Martin QC, the Foul Play Review Committee upheld the Red Card under Law 9.13. This was an objectively dangerous tackle.

“With respect to sanction the Foul Play Review Committee deemed the act of foul play merited a mid-range entry point of 6 weeks due to the Players direct contact by the Player’s shoulder to his opponents head.

“However, taking into account mitigating factors including the Player’s good record over a long career, the lack of injury to the victim and his guilty plea at the earliest possible opportunity, the Foul Play Review Committee reduced the suspension to 3 weeks.

“The player is therefore suspended for 3 weeks, up to and including the Saturday 17 March 2018.”