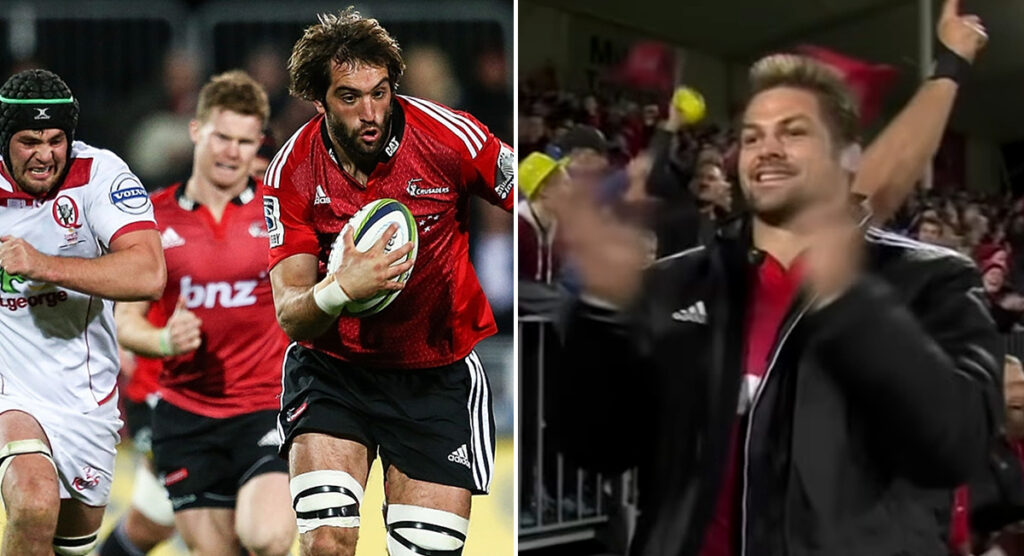 Crusaders stalwart Sam Whitelock is set to become just the seventh player to bring up his 150th game for the club, when he takes the field in Hamilton on Saturday night. He’s had countless great moments in red, but there is a look back at one of his very best.

In his 11th season of Super Rugby, Whitelock has been named as vice-captain for his milestone round 8 match against the Chiefs.

Head Coach Scott Robertson said after naming his side: “As a group, we’re also really proud to be celebrating Sam’s 150-game milestone this week, he is such a quality leader and a massive contributor to our team.

“He’s a proud Crusader, and I know the side is keen to show him plenty of respect with our performance.”

In 2015 Whitelock scored one of the most memorable tries we’ve ever seen scored by a second rower.

He did so against the Reds, in what was actually the final home game for both Dan Carter and Richie McCaw. The latter was clearly impressed, as the All Black lock galloped downfield, beating defenders at will and even sidestepping the last man.

It was a special effort and one that we’re unlikely to see scored again anytime soon. It’s certainly one for him to tell the grandkids about.

Head coach Robertson has made changes following their loss to the Hurricanes.

“We had a really honest review following the Hurricanes game, and identified areas we need to get better this week. We’re coming up against a Chiefs side who have only been beaten by the smallest of margins so far in this competition, and will be desperate for a win in front of their home fans,” he said.

Kick-off on Saturday 1 August is at 7:05pm in Hamilton

Crusaders team to play the Chiefs: