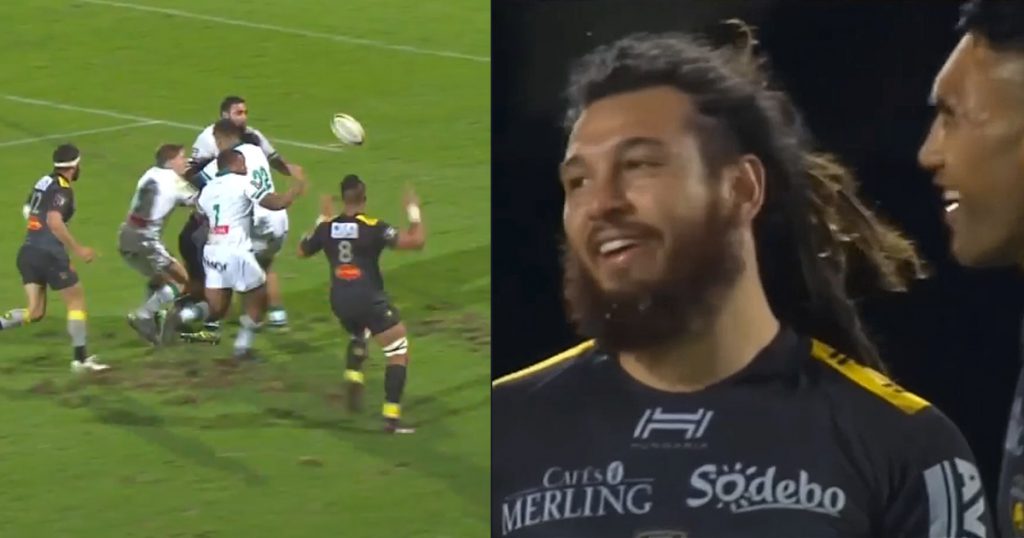 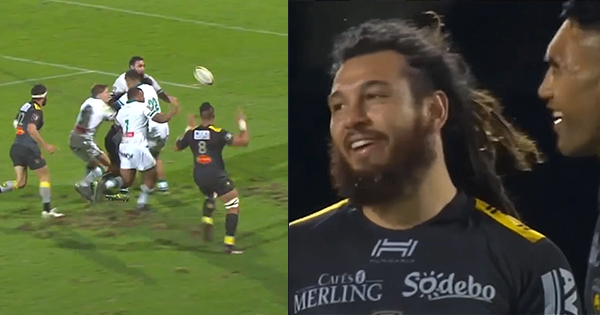 La Rochelle scored six tries to comfortably beat Pau 44-14 in their Top 14 clash at the weekend, with a number of former All Blacks on show. Most notable of which was the combination between Rene Ranger and Victor Vito, the latter finishing this superb try in the first half.

La Rochelle moved up to second place on the Top 14 table with this win, thanks in part to Ranger, who strangely enough, only has six caps for the All Blacks.

The 31-year-old played a part in the first try, then from a restart kick midway through the half, put pressure on Steffon Armitage, who coughed up the ball.

Ranger’s pick up and flick out the back door was brilliant, as he sucked in four defenders to allow number eight Vito to catch and stroll over for a try out of nothing.

It was reminiscent of similar passes by Brock James and Tamati Ellison in years gone by, both of which you can view in our Related Posts below this.

The referee checked with the TMO to see if Ranger has knocked it on, but the try was awarded.

The game was stacked with Kiwis with Colin Slade, Tom Taylor and Conrad Smith on the Pau side, and another former All Black, Jason Eaton, also crossing for a try for La Rochelle.

They face Ranger’s former team, Montpellier, in a top of the table clash this weekend.