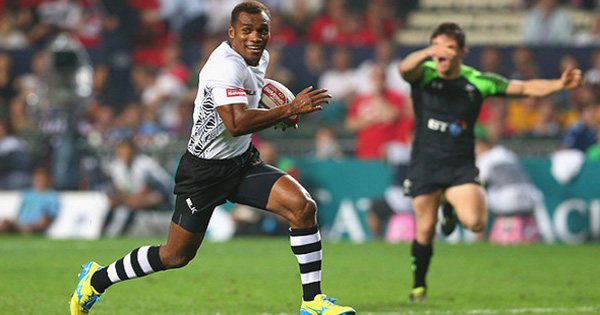 This week’s build up to the 2016 Olympic Games continues with a look at the style kings of Fiji. Their electric speed, skills and flair have charmed the Sevens circuit for decades and they look set to wow the Rio crowd on the biggest stage of all.

Led by Englishman Ben Ryan, the Flying Fijians have justified their status as one of the favourites for the gold medal by claiming back-to-back World Sevens Series titles.

Dubbed by Ryan as ‘The best captain I’ve ever coached’, Osea Kolinisau has masterfully led Fiji to three tournament wins this season.

The 30 year-old has an array of ridiculous talents in his arsenal. The fact that his offloading skills stand out among the crop of current Fijian players says something about his ability on the field of play.

There is added incentive for Fiji to perform well at the Olympics this year, having missed the Commonwealth Games in 2014 – Fiji had been re-admitted to the Commonwealth after being suspended following a military coup.

They were represented in some sports but qualification for the Sevens tournament was not attained in time to compete.

Fiji have claimed two Commonwealth silver medals in rugby sevens but never gold. Rio 2016 may just yet be their best shot to win an elusive title.

But it’s not just Kolinisau who brings the Fijians together. On the women’s side, Lavenia Tinai skipped school classes to play touch rugby with the boys. She made her national debut at just 17 years-old. Tinai, who hails from the Tailevu province, has high hopes that the hard training put in on the Island will pay off come Rio.

She said: “We’ve been looking forward and we’ve been training hard with the boys. Everything they’ve been doing, we’ve been doing that as well and I have no doubt that when it comes to August 6 we will see what we are going to do on the field.”