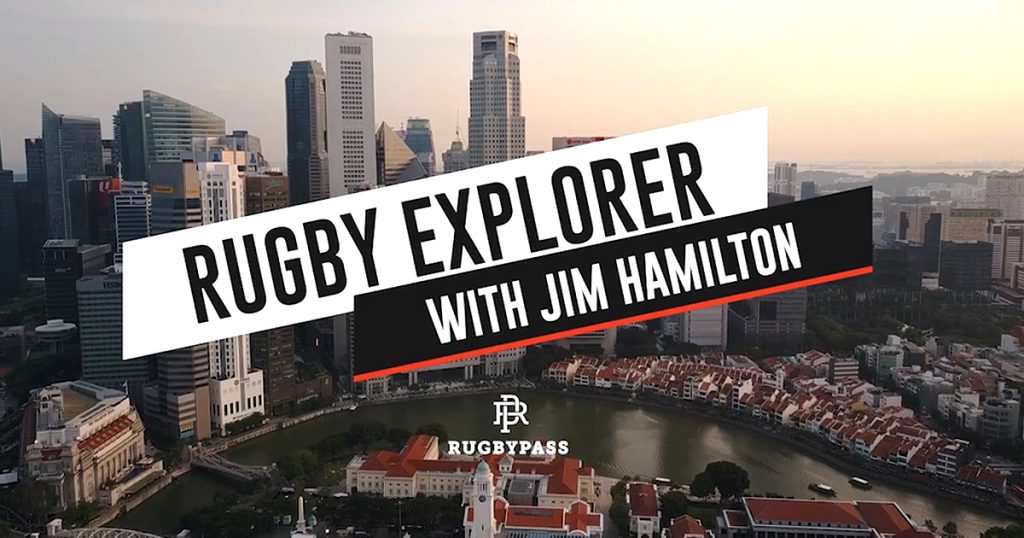 In the first ever episode of Rugby Explorer, Scottish rugby legend, Jim Hamilton, travels to Singapore to explore the city and find out more about the rugby scene in the Southeast Asian country.

He meets up with the national team captain and some local players for a traditional steamboat. Ex-England international James Forrester shows him around his pad and ex-Harlequins back row Will Skinner takes him on a night out to taste some local ‘calamari’.

He also gets his boots on for a training session with the Wanderers and is given a history lesson at the Singapore Cricket Club.

This is the first stop in the series, which has that Idiot Abroad/Jack Whitehall: Travels with my Father feel, so we’re looking forward to the next episode.

We can’t say just yet where big Jim is going, but it’s going to be fascinating!