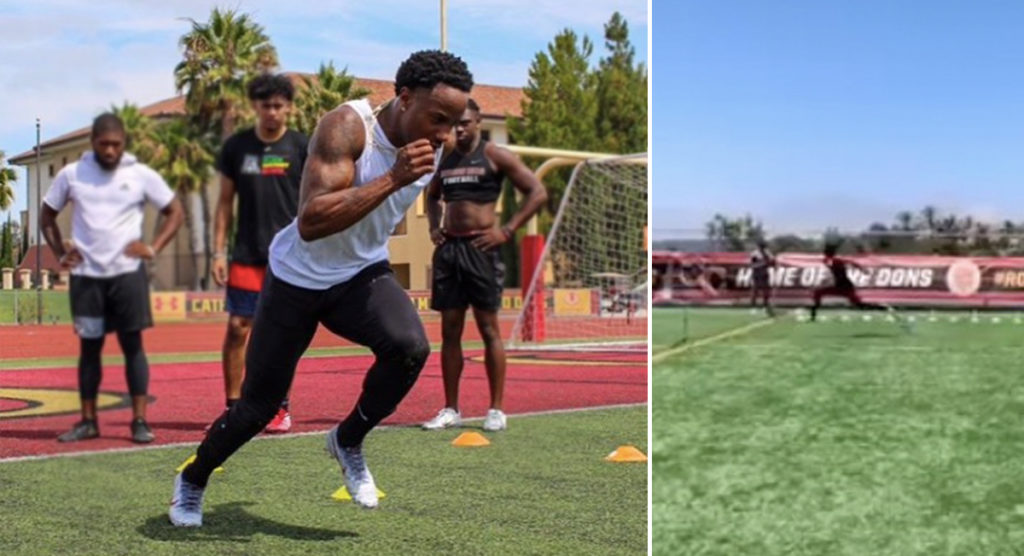 The USA Sevens’ Carlin Isles has long been deemed the fastest man in rugby, as he has lit up the sevens circuit for the past six years.

However, Isles is only getting faster, as he reposted a video on Instagram saying he has improved his speed from 22.72 mph to 23.5 mph.

After spraining his ankle at the end of the season, this may be Isles’ best time since recovering from his injury, or could actually be his best time overall.

However, what is obvious is that he will continue to be a threat in the World Rugby Sevens Series with his blistering pace, which is only improving.

After Australia Sevens signed track sensation Trae Williams a few months ago, it has been speculated that the American will no longer be the fastest man in rugby. That may have motivated him to make sure he does not lose his mantle, and he is clearly working in the off season to come back faster.

This is the video:

#Repost @spellmanperformance ・・・ Big week for @carlinisles ! Improved from 22.72 mph to 23.5 mph. He reduced ground time by 0.0078 per step while keeping all other variables the same. The closer the foot lands on contact the better— striking down with more force closer to body center was the goal! Let’s keep elevating bro!!! #sprinttraining #speedtraining #rugby7s #redbull #nike #redbullathlete #nikeathlete