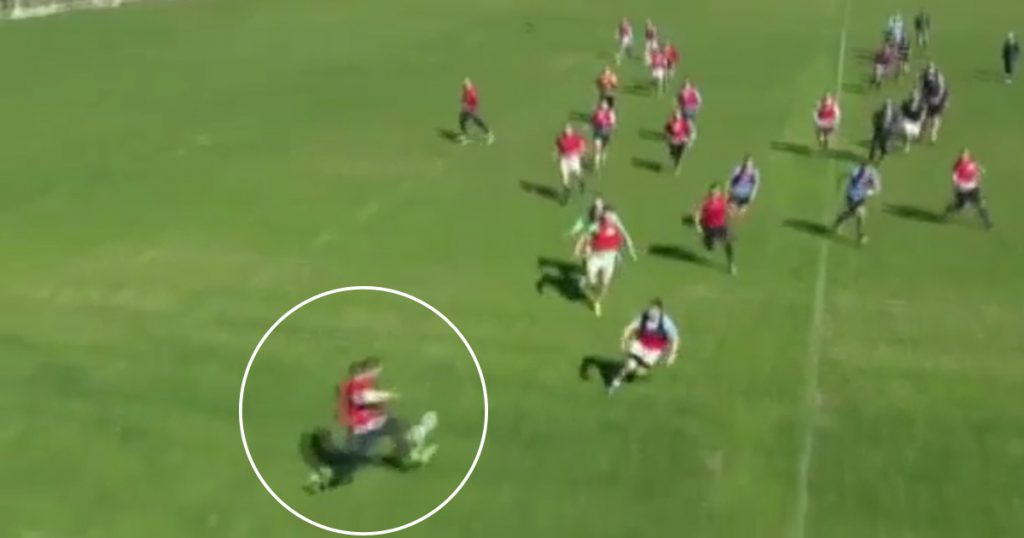 At a recent training camp ahead of their clash with Georgia, Russian national 15s and 7s winger Evgeniy Nepeivoda produced this brilliant bit of skill to beat his man on the outside. Wingers usually have one of three options: run around, run over or chip over, but in this case, he managed something slightly different.

The kick ahead on the run reminds one of Simon Zebo for Ireland or Conor Trainer for Canada 7s, but there probably aren’t too many examples out there of players chipping it over the defenders head quite as perfectly as this, then catching it again.

Vincent Clerc did something similar in the Six Nations in 2013, and Tom Grabham managed to control the ball with his foot before catching it and going on to score in the 2012 Glasgow Sevens, but again, this one – albeit at training – was beautifully executed. Well played Evgeniy!

Thanks for former Northampton Saints winger Vasily Artemyev for telling us about it!