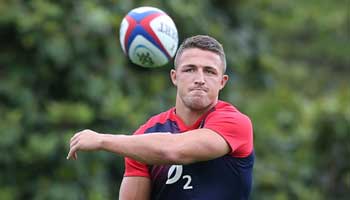 Tom Wood will captain England in a team that includes former rugby league star, Sam Burgess, when they take on France at Twickenham on Saturday night. Henry Slade and Calum Clark will also make their debuts. Above is a video report with thoughts from coach Stuart Lancaster.

Off the bench, Luke Cowan-Dickie will also hope to come on for his first cap.