Saracens have confirmed what England fans feared the most, as Vunipola will likely miss Six Nations 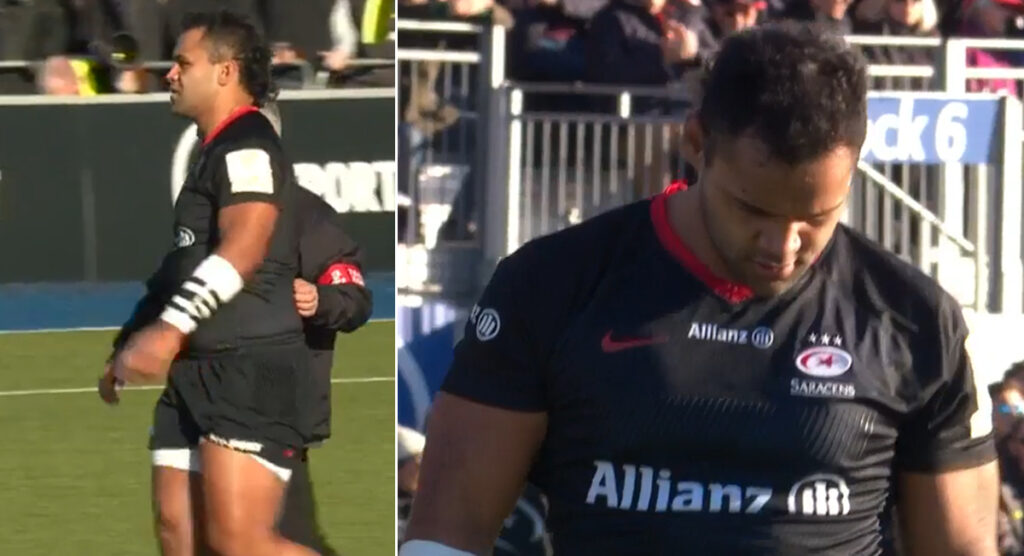 Saracens have confirmed that number 8 Billy Vunipola broke his arm in their 27-24 win over Racing 92 on Sunday. The news comes on the same day that Eddie Jones is set to name his England Six Nations squad.

Vunipola went into contact just four minutes in, going to ground as he rode a fairly innocuous looking tackle. He immediately showed something wasn’t right, though, and left the field straight away, playing no further part in the contest.

He had made a big carry a few minutes earlier, in the lead up to the Saracens try, so that could also be what contributed to it.

The England number eight has broken his arm three times in the last two years, however. The right arm twice, and left once.

Saracens today confirmed the break, saying that he will see a consultant over the coming days to determine the full extent of the injury.

This comes on the same weekend that it was confirmed that Saracens will be relegated for breaking the salary cap.

Saracens have confirmed what England fans feared the most, as Vunipola will likely miss Six Nations | RugbyDump - Rugby News & Videos