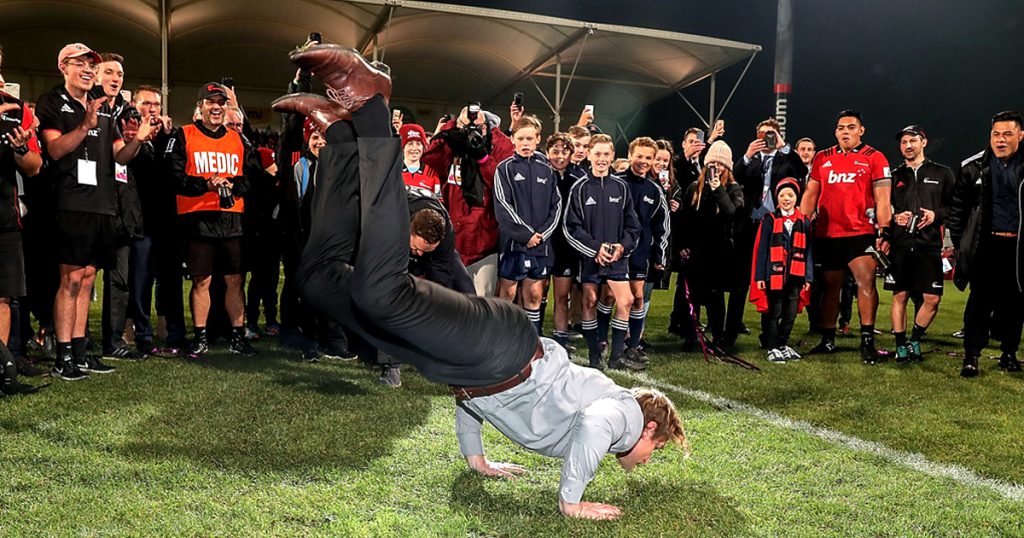 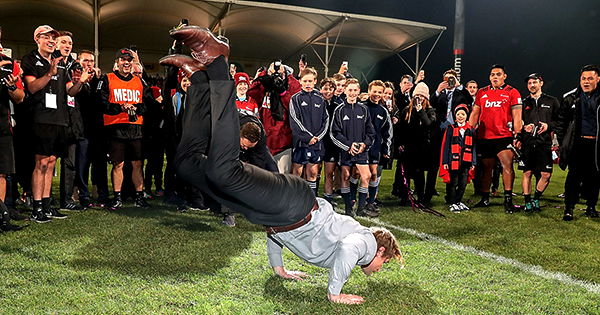 Crusaders coach and former All Black player, Scott ‘Razor’ Robinson, has celebrated their Super Rugby title in typical fashion on Christchurch’s AMI Stadium. The 37-18 win over the Lions was their ninth in total, and second in consecutive years.

The 43-year-old former Crusaders loose forward has built a special atmosphere at the club, and the results show, with dominant performances in the knockout stages.

His record is now two from two after he took over from Todd Blackadder in 2017.

As has become tradition, Robertson’s trademarked breakdancing formed a part of the celebrations. We saw him bust a move at Ellis Park last year too, and then back when he was coaching the Baby Blacks U20s team too.

The in-studio crew at Supersport in South Africa, including Victor Matfield and Jean de Villiers, found it all quite amusing, speculating if they could try that as coaches.