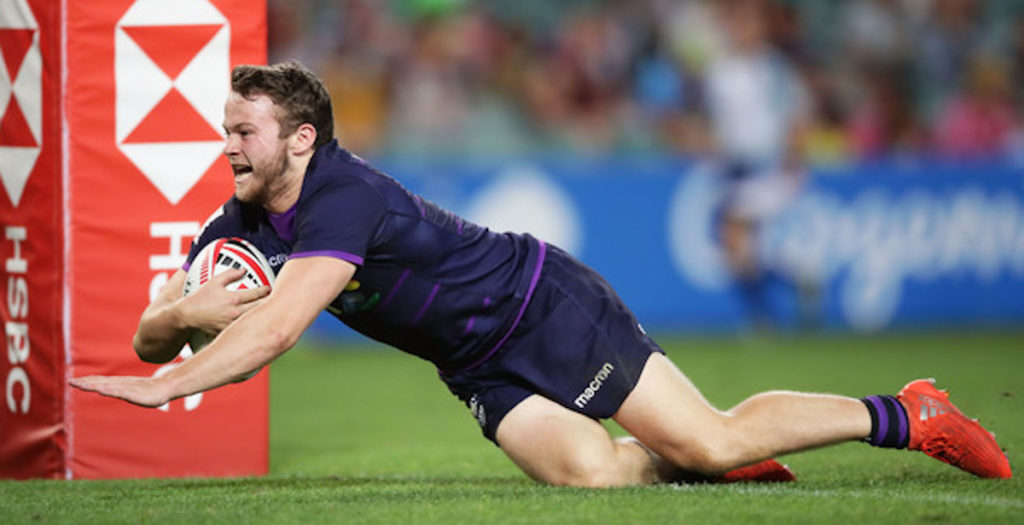 Scottish winger Max McFarland scored two incredible tries in day one of the USA round of the World Sevens Series in Las Vegas.

The first came against Fiji in the second match of the competition when McFarland got the ball on his own try line, turned a Fijian defender inside out and gassed the rest of the team to score a breath-taking 111m solo try.

That @Scotlandteam try from Max McFarland was just OUTSTANDING!

His second showstopper came against Australia. McFarland received the ball in a similar position to his try against Fiji and once again he used his ridiculous footwork and pace to run circles around the Wallabies and score another incredible try.

“Little Maxi McFarland. The Mac Attack”. @Scotlandteam‘s Max McFarland is tearing it up at the #USA7s. His second 100 metre try. pic.twitter.com/3uu65fAuNV

Unfortunately Scotland were unable to win either game and they now sit third in Pool D, with only Wales left to play before the knockout stages.