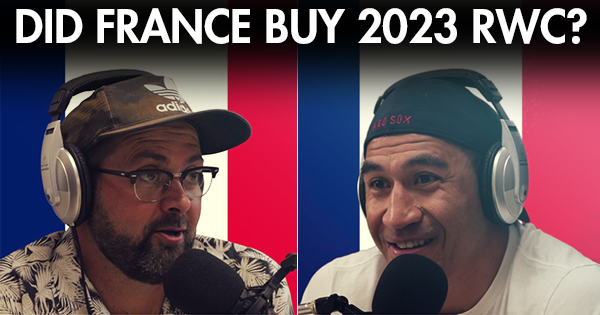 Yesterday’s announcement that France have been awarded the 2023 Rugby World Cup has been met with surprise, particularly after South Africa were named as the ‘recommended’ candidate recently, coming out on top on the official scorecard of requirements.

Questions have now been asked as to how this happened, after France hosted the 2007 tournament and Ireland have never even hosted it. More significantly, why was there such a swing in votes despite one candidate looking like the clear winner?

As the candidate unions were not able to vote, there were 39 votes to be won, split up as follows:

“We produced a compelling bid document that earned the unanimous recommendation of the Rugby World Cup Ltd board. That recommendation was questioned last week by rivals, but endorsed a second time by World Rugby last week,” said President of SA Rugby, Mark Alexander.

“However, the view of the experts and World Rugby’s leadership was overturned by World Rugby Council members, who may have had other factors to take into account. We cannot hide our desolation but, for the sake of rugby we wish the 2023 tournament hosts every success.”

Scotty Stevenson and Mils Muliaina discuss in their latest The Short Ball podcast. Here is a short excerpt from it, and you can listen to the full episode here.