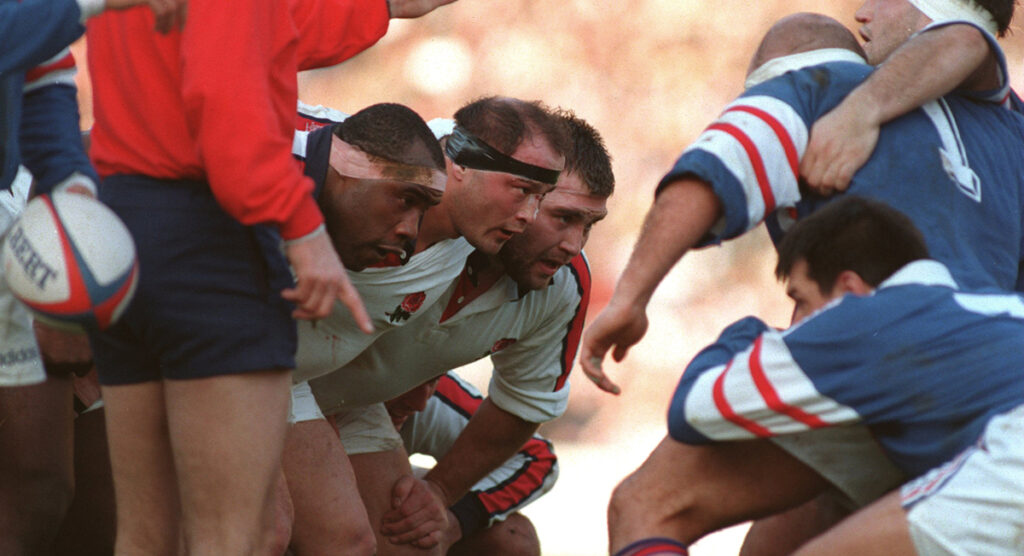 Glasgow Warriors tighthead and scrum coach Petrus du Plessis has made use of this time away from rugby by sharing a telestration of ‘the evolution of the scrum’ on Twitter.

With the Pro14 suspended indefinitely due to the coronavirus pandemic, the South African has provided his insight into the nuts and bolts of one of the dark arts of the game.

The 38-year-old scrum guru shared the evolution of the scrum over the past 45 years and the drastic change in its approach and how it is officiated.

The wild and unstructured engagements of yester era were at a time when there was little officiating at the scrum, and it was nothing short of a free-for-all.

Perhaps the most surprising thing is how scrums even as recently as 2005 looked so unregulated compared to how they currently look. In the video, du Plessis even highlighted that this was a “time where ribs were getting popped and necks and backs were getting injured”.

The introduction of the referees’ ‘crouch, touch, pause, engage’ command in 2007 changed the scrum significantly, but the Warriors prop emphasised how many scrums “were reset and went to ground”.

With the new refereeing instructions “crouch bind set” introduced in 2014, du Plessis said the scrum is now a “little bit more stable”. However, this video clearly depicts how much this set piece has changed over time, and the way that it is refereed.

While this has happened gradually over the years, it is a fair indication that many more changes to the scrum will happen in the future, particularly as World Rugby seek to ensure that the game is as safe as possible.

This is the video:

“THE EVOLUTION OF THE SCRUM” My telestration for today will remind you of the “wonderful” times in the trenches, past and present! Why would anyone sign up to this? #scrumporn #rugby 🦏 pic.twitter.com/hMAYbtNSGZ