Scrumhalf Conor Murray scores try after going up in the lineout! 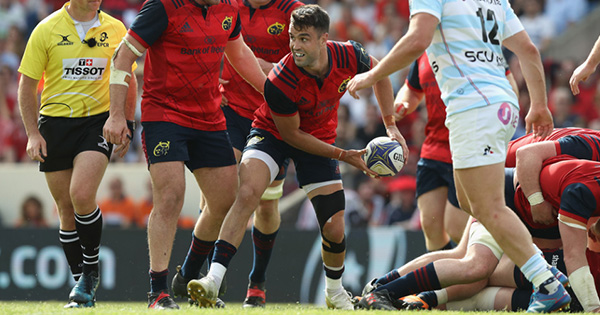 Conor Murray is doing his best to put his seal on the title of world’s best scrum-half. As if he wasn’t already talented enough at the position, he impressed with this gem of set-piece skill in being lifted for a lineout throw.

Of course, not content with that alone, he then scored moments later.

Leinster got off to a hot start and were up 13-0 in the first twenty minutes when Munster unexpectedly put the throw into Murray, who then off-loaded to CJ Stander.

Three phases later, Murray was across the line for the score. Unfortunately, it was the only bright spot for Munster in a first half that was domintated by the visitors.

Second half action saw a comeback in the form of a try from Ian Keatley and a splendid score from fullback Andrew Conway. However, it was too deep a hole as Leinster, with the help of a superb try of the year contender from Jordan Larmour, got the derby win 34-24.