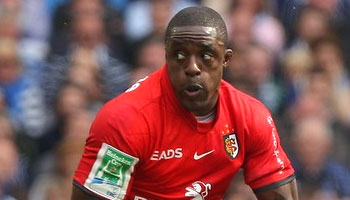 Leinster’s Sean O’Brien should consider himself lucky to avoid a citing following his backhand to the face of Yannick Nyanga during Leinster’s Heineken Cup semi final on Saturday.

O’Brien was being held at the back of the scrum by Nyanga as eighthman Louis Picamoles cruised over untouched for a try to Toulouse in the second half of the 32-23 Leinster victory .

It’s impossible to say whether the Ireland loose forward, who has been outstanding over the last year, would have made it across and effected a successful tackle or not. There is however no doubting the fact that he was held back, which led to the backhand lash out.

Nyanga looked stunned as he fell to the floor before receiving medical attention. He got up after some time, but was substituted for the rest of the game. None of the officials appeared to see it.

Fellow Irishman Paul O’Connell received a four week ban when he did the same thing to Jonathan Thomas in December of last year. O’Connell was spotted doing it at the time and picked up a red card, and later the citing and subsequent suspension.

There is a 50 hour window for citings to take place, so O’Brien has somehow avoided being picked up for striking out, and will be free to play in the final in Cardiff on May 21st.