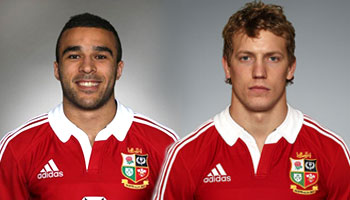 England and Gloucester back Billy Twelvetrees has been called up to the British and Irish Lions squad as cover in the backs, while Ireland winger Simon Zebo, who joined earlier this week, will make his debut against the Waratahs on Saturday.

The Lions team to play the Waratahs has been announced and will be skippered by tour captain Sam Warburton. It is the final Saturday match before the Test series starts on June 22nd.

Irish wing Zebo, who only joined the tour party on Tuesday after travelling over from the USA, will make his Lions debut. Scotland’s Sean Maitland, who had some good runs from fullback against the Combined Country side, will be on the other wing.

Rob Kearney, a star of the 2009 Lions tour of South Africa, will make his first appearance off the bench after recovering from a hamstring injury that had previously rendered him unavailable.

Talking about the decision to bring Twelvetrees into the squad, Warren Gatland said: “The nature of a Lions tour means that there will inevitably be knocks which take time to recover from.

“The whole squad have worked hard but a lot of the backs have doubled up over the last two games, either starting or from the bench. Billy played well in the 1st Test for England and he provides that versatility to cover a variety of positions.”

While new players have been brought in, this weekend’s Lions team has plenty of experience as it includes seven players that started in the first Test against South Africa in 2009 – Jamie Roberts, Mike Phillips, Adam Jones, Alun Wyn Jones, Paul O’Connell, Tom Croft and Jamie Heaslip.

“It would be great to remain unbeaten and take that momentum into the first Test. However, more importantly we are looking to finalise key playing combinations and strengthen our patterns of play during the next two matches,” said Gatland.