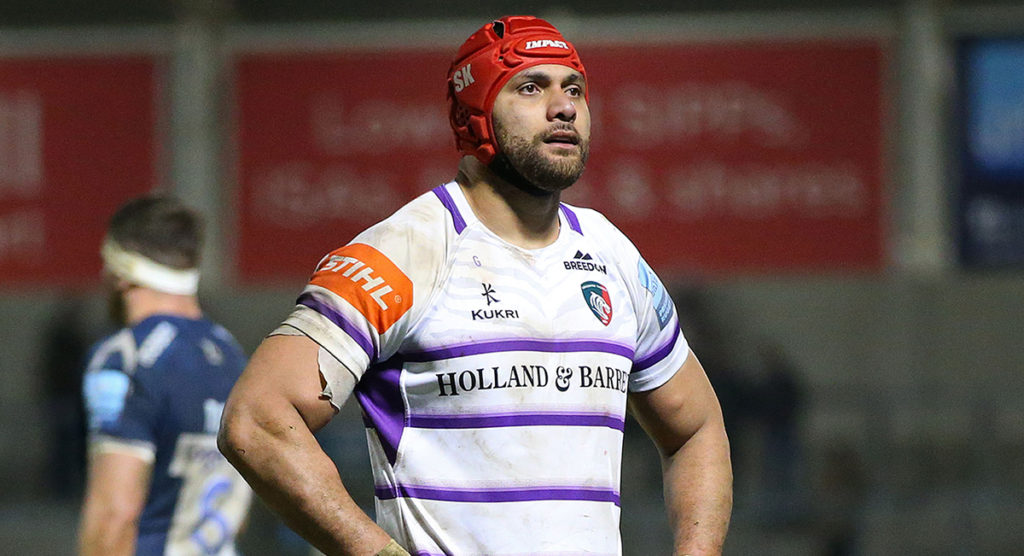 Leicester Tigers forward Sione Kalamafoni has been suspended after he was red carded against Sale Sharks in the Gallagher Premiership on Friday night. The Tongan international was sent from the field in the 56th minute, adding to a miserable night for the Tigers.

Hard-hitting Kalamafoni accepted that he contravened Law 9.12 for Striking, after he cleared out Josh Beaumont at a ruck. Referee Matthew Carley had little choice but to send him from the field, leading to today’s discplinary hearing.

John Brennan sitting as sole judicial officer dealt with the case on papers in agreement with the club and the Rugby Football Union.

MUST WATCH: Sione Kalamafoni penalised for hurdling a tackler

“The player accepted that in attempting to clear the opposition player from the ruck, he had struck him making direct contact with his head. As such, the mandatory six week mid-range entry point was applied,” explained Brennan.

“There were no aggravating features and the player accepted the charge at the earliest opportunity, assisted the process and the judicial officer by providing details as requested, is of good character and showed remorse for his actions. He was therefore entitled to full mitigation.”

Kalamafoni is suspended for three weeks and free to play again on 16 April 2019.

With the extra man, Sale Sharks went on to win the match 32-5.