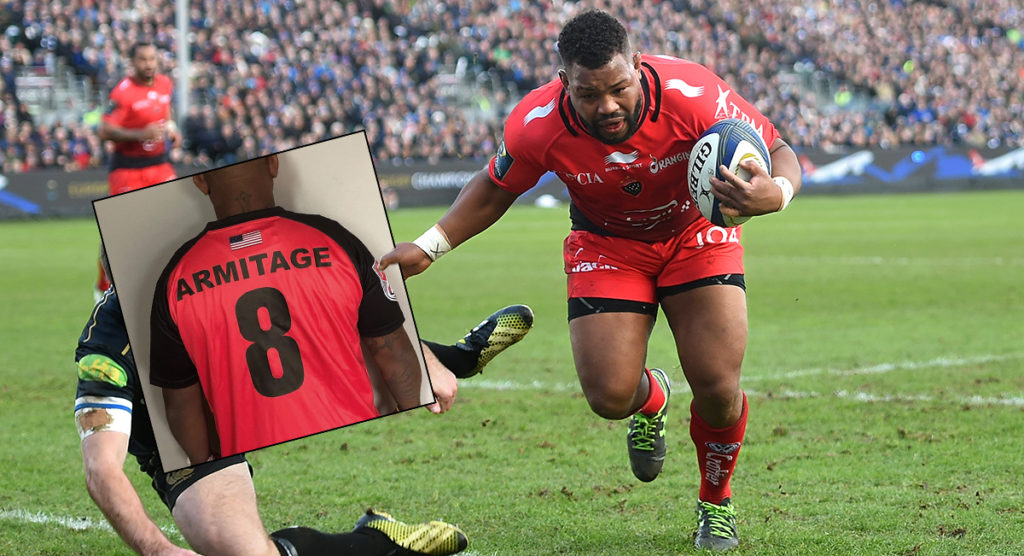 Former England flanker Steffon Armitage has taken to Instagram to share a photo of him in his new kit, after it was announced that he is to join Major League Rugby runners-up San Diego Legion.

The back-row said in his post that he was “thrilled” for this “next chapter”, alongside a photo of a number eight shirt.

The five-cap England international said he was “Excited to be back in red and black”, referring to his time with Toulon, with whom he won three European cups and was named the European Player of the Year in 2014.

He will compete against a number of his former Toulon teammates in the MLR, with Mathieu Bastareaud set to join Rugby United New York and Samu Manoa already playing for the Seattle Seawolves, as well as a former England teammate Ben Foden, who also plays in New York.

Thrilled to finally announce the next chapter is going to be in San Diego with @sdlegion . Excited to be back in red and black but this time in the #MRL 🇺🇸 #CaliforniaDreaming #SDLegion

The 33-year-old has spent the last three years at Pau, but has not reached the lofty heights he did with Toulon. Nonetheless, this is still a great signing for the MLR side, who will be hoping to improve on their second place finish when the season starts again in January 2020.

Armitage has always been an interesting figure in English rugby throughout his career, namely for his persistent exclusion from the national team while he played in France. This was due to the ruling at the time, although he was clearly one of the best players in Europe.

He was one of a few English players at the time to make the move to France, and he is once again making a similar landmark move to the United States.

His ball carrying ability and his strength at the breakdown could make him a major hit on the west coast of America, as he looks to end his career in style.

“I’m excited to play in the fastest growing rugby competition in the world.” said Armitage when the move was announced.

“San Diego has a very strong team and fantastic culture and I look forward to becoming part of the Legion with hopes of delivering America’s finest city the MLR title in 2020.”