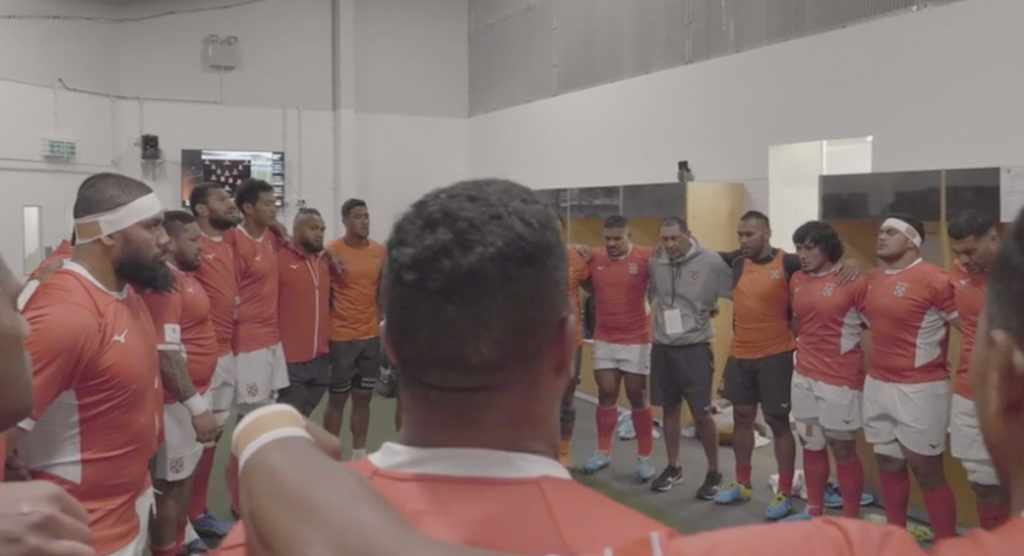 With the vast majority of World Cup coverage dedicated to tier one nations, this new documentary will cover the experience from Tonga’s perspective. This trailer and the forthcoming documentary will help to shed some light on exactly how the smaller rugby nations prepare.

While financial woes are a well-known issue for these teams, lesser-known factors such as a lack of time spent in training together and the lower number of scheduled Tests continually hamper proper development and quality of play.

RugbyPass is not the only big name in Tonga’s corner. Fresh off of a lopsided victory over Tonga in Hamilton, Steve Hansen didn’t hold back, specifically taking World Rugby and the Six Nations to task for what he views as slower than necessary development in the Pacific.

“We have these wonderful ideas about growing the game but we don’t have an organisation at the top that wants to be strong enough to say ‘righto, this is what we’re doing, we’re going to have a global season.

“The Six Nations rule world Test rugby programs. They don’t want to give that up and until they’re prepared to give that up, we’re not going to see any progress in that area,” Hansen said.

World Rugby has since issued their response, claiming that they have given “a record NZ $115 million support package for the teams outside of the Six Nations and SANZAAR to compete at Rugby World Cup 2019”

“One hundred and twenty of the 150 coaches and support staff involved in these teams have been identified and funded by World Rugby, while the Americas and Pacific combines and Fijian Drua are ensuring an environment that enables these unions to retain and develop their best young local talent and many of these players will feature at Japan 2019.”

In the meantime, Tonga are set to face England in their first Pool C match on Sunday, September 22nd.

This full documentary is set to come out ahead of Rugby World Cup kickoff.