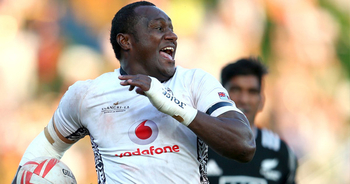 The HSBC World Sevens Series kicked off in spectacular fashion in Dubai at the weekend, with Fiji securing the first triumph of the new season with a 28-17 victory over England in the final.

But sometimes in rugby, words just aren’t enough to describe moments of sheer brilliance. Fiji, the ultimate masters of running rugby in the reduced form of the game were electric all tournament and started the opening game against Canada in quite mesmeric style.

Pio Tuawai was instrumental in the run to the final, showcasing some sublime skills in creating, and finishing a handful of fantastic tries.

Watch World Rugby’s selection of 7 superb Fiji tries over and over again in the video below, and you can view highlights from the knockout stages and opening day’s play on page two

Can they be beaten come the Rio Olympics in 2016?