Sunwolves Fijian full back runs through Brumbies defence for fun 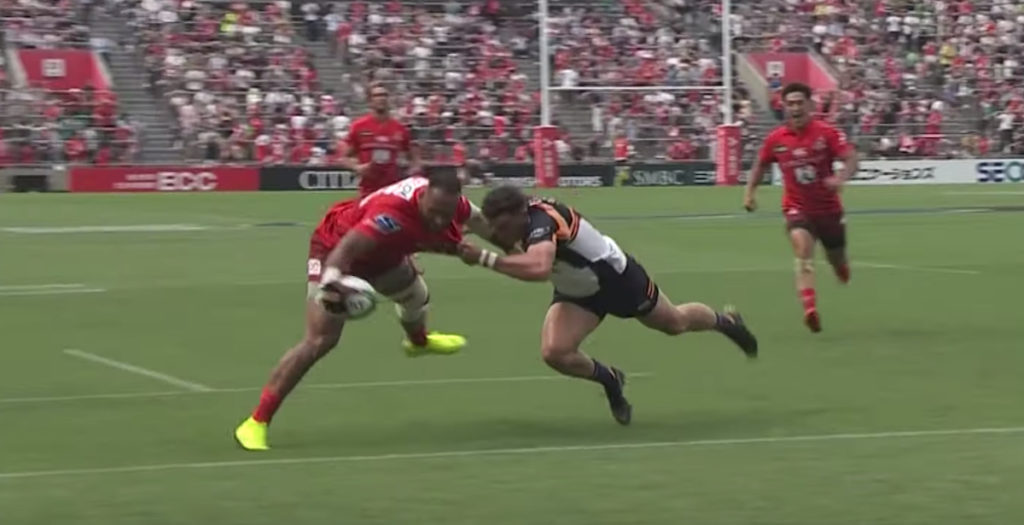 Sunwolves full back Semisi Masirewa terrorised the Brumbies defence in round 16 of Super Rugby on Saturday with a fantastic solo try and two magical assists.

The Fijian set up the first try with a high kick which he regathered for the “Tongan Godzilla” Hosea Saumaki to score in the opening minute of the game.

Masirewa then scored their second try with a brutal solo effort from 40 metres out. The former Western Force speedster received the ball inside the Brumbies half and fended off three defenders to score a fantastic try in the corner.

Masirewa’s final impression on the game was a ridiculous break down the middle of the field after bumping off two defenders and the 26-year-old found Jamie Booth who scored the third and final try for the Sunwolves in their last ever home game in the competition.

The Sunwolves lost the game 19-42 in Tokyo leaving them bottom of the Australian conference of Super Rugby.