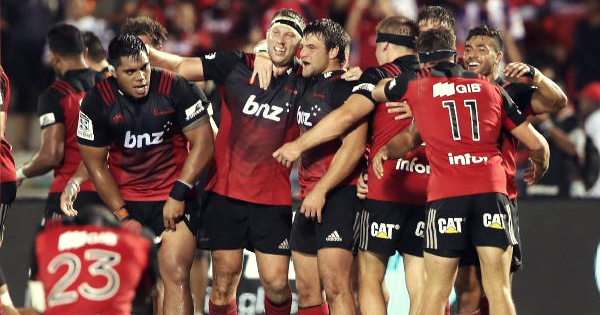 The Crusaders and Chiefs got round 13 of Super Rugby off to an exciting start with a unique fixture played in Suva, Fiji. The Crusaders won the match, extending their winning streak to 12 matches, despite it being a close game. Highlights below, with more as the weekend progresses.

*ALL HIGHLIGHTS NOW UP TO DATE BELOW

The Waratahs moved up to second spot in the Australian Conference after they beat the Rebels 50-23 at Allianz Stadium.

The Brumbies were made to work hard to secure a 19-10 win over the Kings in Port Elizabeth and the first victory by an Australian side in South Africa this year.

The Lions made a statement of intent when they beat the Bulls 51-14 in their South African derby at Ellis Park in Johannesburg on Saturday.

The Sharks bounced back from last week’s shock defeat to the Kings with a 38-17 win over the Sunwolves in Singapore in round 13 – thanks to three tries in the last 10 minutes.

The Highlanders recorded the biggest ever win in their Super Rugby history with 55-6 victory over the Force in Perth.

Hat-trick hero Vince Aso broke Tana Umaga’s try-scoring record as the Hurricanes claimed a 61-7 victory over the Cheetahs in Wellington.

The Stormers ended their four-match winless run when they claimed a hard-fought 30-22 victory over the Blues in Cape Town on Friday.

Despite being outscored four tries to three the Crusaders made it 12 wins in a row with a hard fought 31-24 victory over the Chiefs at ANZ National Stadium in Suva, Fiji.