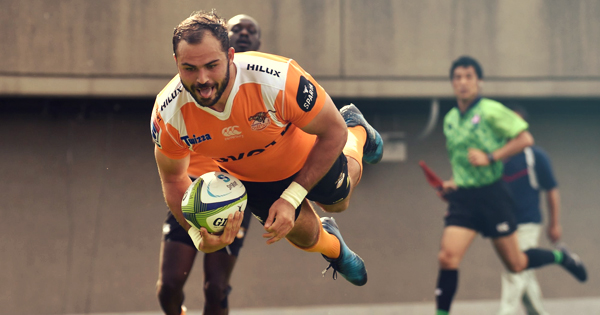 Catch up on all Super Rugby Round 14 highlights from another entertaining and eventful weekend. There were a few red cards, big tackles and most significantly, some great tries. All are wrapped up below. Main talking points will be posted soon too.

A 14-man Lions outfit continued their domination of the South African 2 Conference following a comfortable 54-10 triumph over the Kings.

The Brumbies finished their overseas tour on a high when they claimed a deserved 39-15 bonus-point victory over the Jaguares in Buenos Aires.

The Hurricanes continued with their fine recent form when they claimed a 34-20 bonus-point win over the Bulls in Pretoria.

The Crusaders made it 13 wins out of 13 when they beat the Rebels 41-19 at AAMI Stadium in Melbourne.

The Highlanders climbed to third place on the New Zealand conference with a 44-28 win over the Waratahs in Dunedin.

The Cheetahs ended their nine-match losing streak with a 47-7, seven tries to one, win over the Sunwolves at Prince Chichibu Memorial Stadium.

The Force moved up to third position in the Australian Conference after they beat the Reds 40-26 at Suncorp Stadium in Brisbane on Friday.

The Blues and Chiefs could not be separated as they played out a 16-16 draw in their Super Rugby clash at Eden Park on Friday.