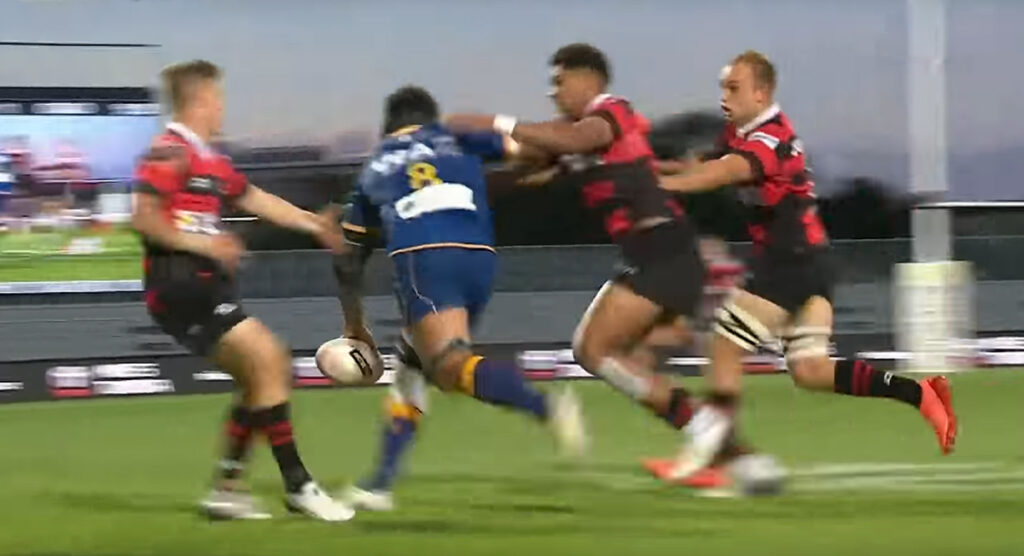 Otago’s Vilimoni Koroi and Nasi Manu combined brilliantly to score a superb try in their side’s 23-16 victory over Canterbury in the Mitre 10 Cup last weekend.

Koroi missed Otago’s previous game against Northland after both he and one-time All Black Josh Ioane were found to be in breach of the team’s protocol following an alcohol-related incident the weekend before.

But Koroi made amends in perfect fashion, touching down following a spectacular passage of play.

Back-rower Manu, who plied his trade with the Highlanders before moving to the PRO14 with Edinburgh and subsequently the Dragons, threw an offload a back would have been proud of, out of the tackle to set Koroi loose down the line.

From then, Koroi had it all to do, skirting the touchline and nearly putting his foot on the line, before chipping ahead and gathering the ball to cross for the try.

It was an impressive set of skills from each player, which left the fans and commentators going wild.