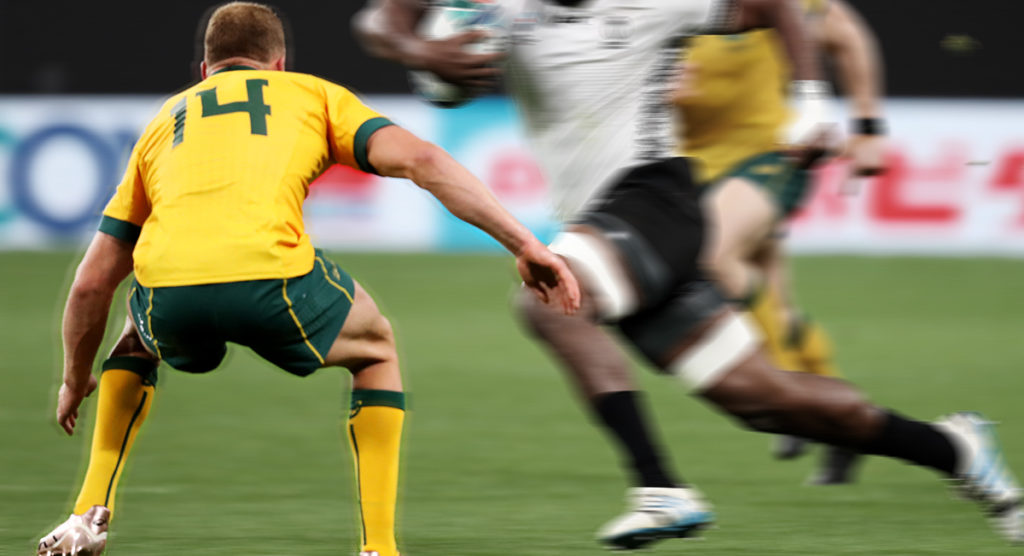 Wallabies back Reece Hodge has been suspended for the dangerous tackle he made against Fiji in last weekend’s RWC opener for the two Pool D sides. He appeared before a disciplinary committee in Tokyo today, after having been cited.

Hodge was cited for an act of foul play contrary to Law 9.13 (dangerous tackle), after somewhat of an uproar online about the challenge.

The committee deemed that the incident was an act of foul play and warranted a red card in line with the high tackle sanction framework. In following the framework, the committee determined:

Given the above outcomes, the committee determined that the act of foul play warranted a red card.

The committee applied World Rugby’s mandatory mid-range entry point, which was introduced in 2017 to mitigate the risk of head injuries, which according to World Rugby’s sanctions table, carries a minimum six-match suspension.

Having acknowledged Hodge’s exemplary disciplinary record, good character and conduct at the hearing, the committee reduced the six-match entry point by three matches, resulting in a sanction of three matches.

Hodge will miss Australia’s three remaining pool matches. The suspension will end at midnight on 11 October, 2019 after which he is free to resume playing.

The news comes on the same day that the Samoan trio of Rey Lee-Lo, Motu Matu’u and Ed Fidow were cited for dangerous tackles and punching/striking (Fidow) respectively.