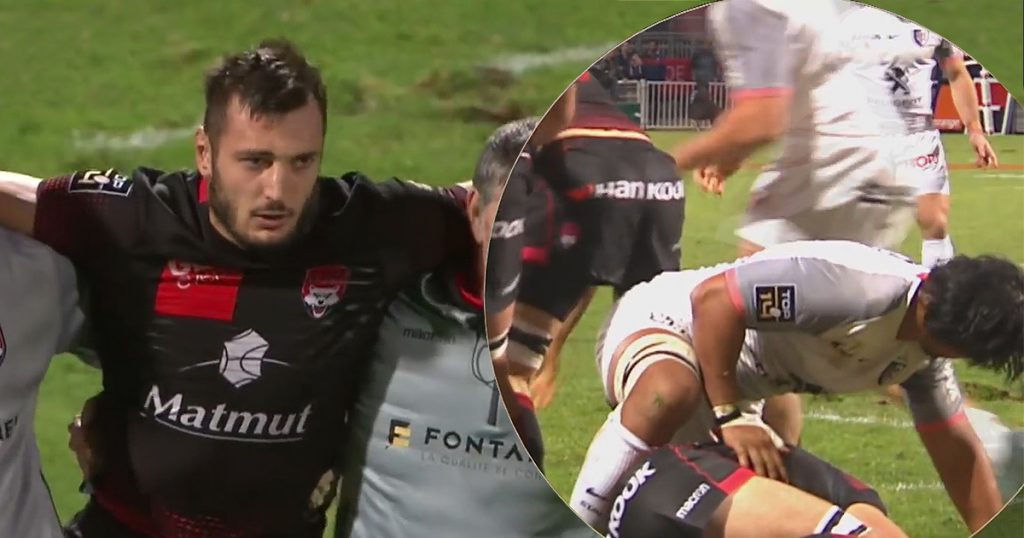 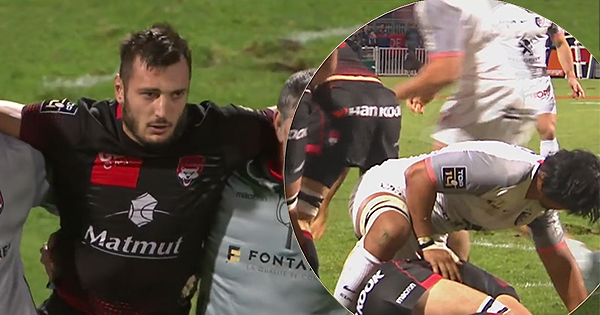 Lyon were unable to overcome Toulouse on Sunday in their Top 14 clash at Matmut Stadium, coming away with a 9-17 loss. It was a fairly unimpressive display from both sides, Toulouse using their traditional forward power to give themselves the victory.

However, the loss will be even harder to take for the home side after they learned No. 8, Virgile Bruni, will miss the remainder of the season after suffering an injury.

On the 20 minute mark, Bruni, trying to defend just off his line at a ruck, fell to the ground in agony after an opposing player fell on his leg.

There were clear screams of pain as the big man went down. In a mark of true sportsmanship, Toulouse flanker Tala Gray is then seen shielding Bruni as he lies on the floor with play continuing around him, before calling the referee for assistance.

Despite the best efforts from Gray, the damage sustained by Bruni was already done and his season is now over following news that he suffered a rupture of the cruciate ligament to his left knee.

This incident, and Gray’s fantastic gesture, would be right at home in our recent feature on 5 Times Sportsmanship Prevailed after Brutal Hits.

You can see the incident below (Warning: distressing content)