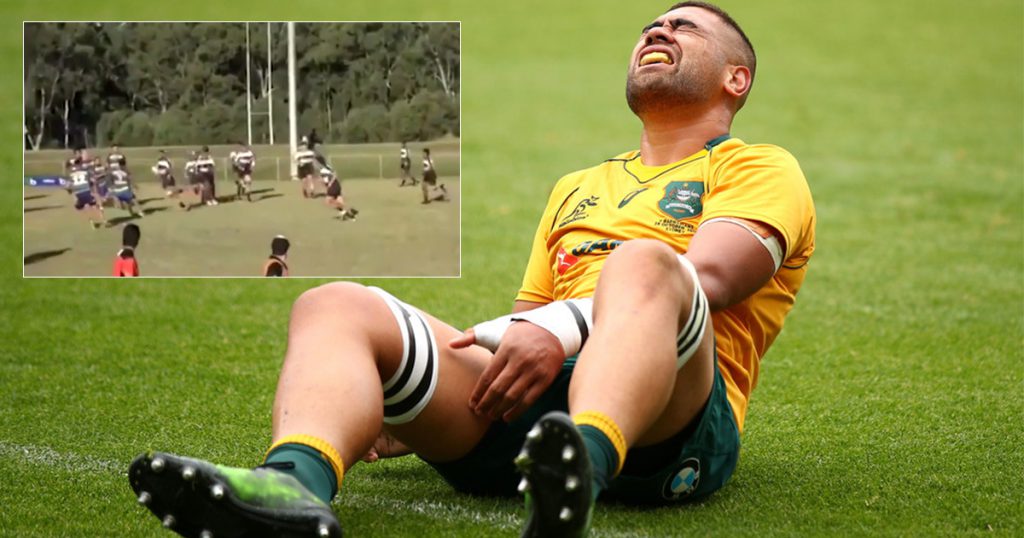 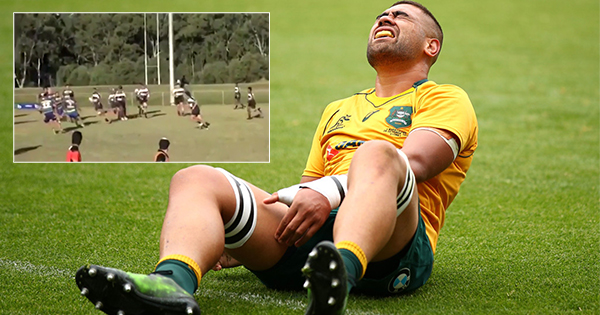 The Wallabies and Ireland Test series decider will feature a bolstered home team lineout, with Lukhan Tui picked at blindside flanker, making his first ever Test start. He recently spoke of the humbling experience he had in a club rugby game.

Following suspension and injury. 21-year-old Tui was not considerd for a Super Rugby return to Brad Thorn’s Reds squad, but was instead sent off to play Brisbane club rugby.

It was not even the highest level of local club rugby, as Souths had a bye, so the 6-cap Wallaby was given a run out with the second team, in reserve grade rugby.

Little did he expect to be the one knocked on his backside, but that is exactly the rude awakening he received. And it was captured on camera for all to see.

“I actually got put on my arse by their prop, which was funny,” Tui told foxsports.com.au. “I got up and he’s laughing. I just shook it off and ran again.”

The massive shot stopped him dead in his tracks, but reminded him of days gone by.

“It reminded me when I was playing junior rugby league out west (in Sydney),” Tui said.

“A lot of Poly boys. I know a lot of people say it’s the wrong prep, but it was physical as. It was good. It was humbling too.”

While he has come off the bench in a handful of Tests already, tomorrow will be Tui’s first start for the Wallabies, taking the place of David Pocock, who moves to number eight.

So while his reserve grade run out didn’t go too well, he aims to redeem himself in Sydney.

“I’ll try keep things simple and that’s just run hard and tackle hard, and everyone’s got two arms and two legs and I try to hit them pretty hard.”