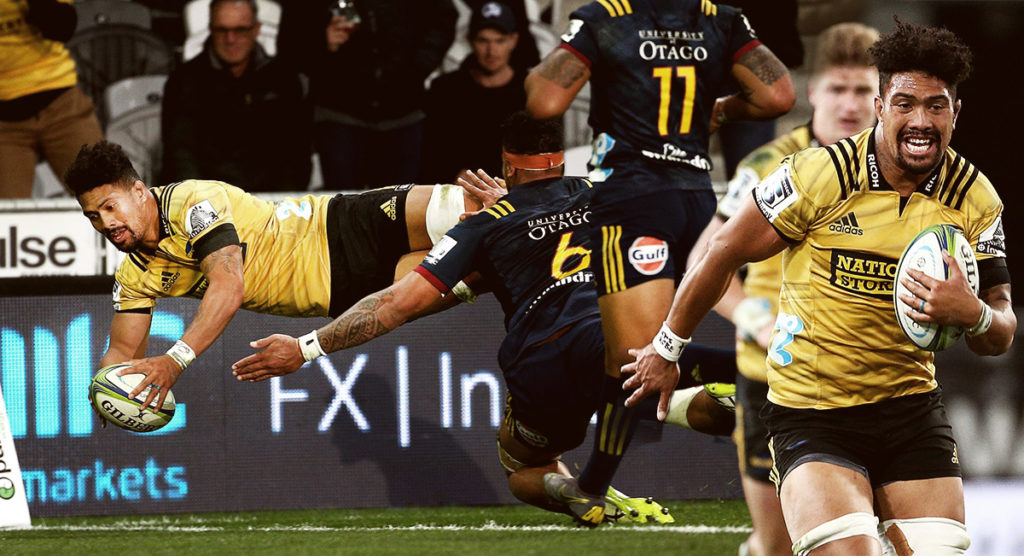 Ardie Savea was in outstanding form as the Hurricanes held on for a 31-28 win over the Highlanders in Dunedin on Friday. The All Black flanker scored two great tries and also made a brilliant try-saving tackle, helping the visitors to a narrow victory.

There were some great performances from either side, with Marty Banks and Shannon Frizzell having great games for the Highlanders and Beauden Barrett showing a return to form for the Hurricanes. However, one player in particular that has caught the eye of many fans and that is Ardie Savea.

The loose forward was sensational all game for the Hurricanes and can be credited for keeping his side in the match. The Highlanders were dominating before half time, and at 14-7, looked to be on top. But an interception try from the 25-year-old made the scores level at half time.

After the break, Savea once again made a crucial intervention, as he pulled off a try-saving tackle on winger Tevita Lee, as the home side were on top. Trailing 28-17, it was Savea’s second try of the evening that mounted the comeback for the Hurricanes, after he showed some brilliant footwork after Ben Lam’s break.

The 35-cap international was also part of the huge defensive effort that held out the Highlanders five metres out in the last play of the game. It was one of the performances of the year, and fans have flooded to Twitter to praise the flanker.

This is what they are saying:

Ardie Savea is having a blinder. 🙌🏾

Player of the season so far for the Canes!

Ardie Savea a better finisher than his big bro

Ardie Savea was the standout for the Hurricanes. Turnovers, an intercept try just before halftime, two left foot steps on the way to his second and a try-saving covering tackle on Tevita Li left the Highlanders asking if there is anything the All Blacks openside can't do. LN NZH

While the likes of Ngani Laumape and Ben Lam have been impressive this season, it is hard to argue with these fans when they say that Savea has been the Hurricanes’ player of the season.

Hard to see anyone other than Ardie Savea being the starting 7 for the World Cup, as good as Todd or Cane over the ball and leaves them in the dust athletically

On his current form, these fans cannot see how anyone can wear the All Blacks number seven jersey ahead of the Hurricane. Although the likes of Sam Cane and Matt Todd are in the picture in a World Cup year, Savea’s commanding performances this season mean it is almost impossible for Steve Hansen to overlook him.

Ardie Savea has to start for the All Blacks.