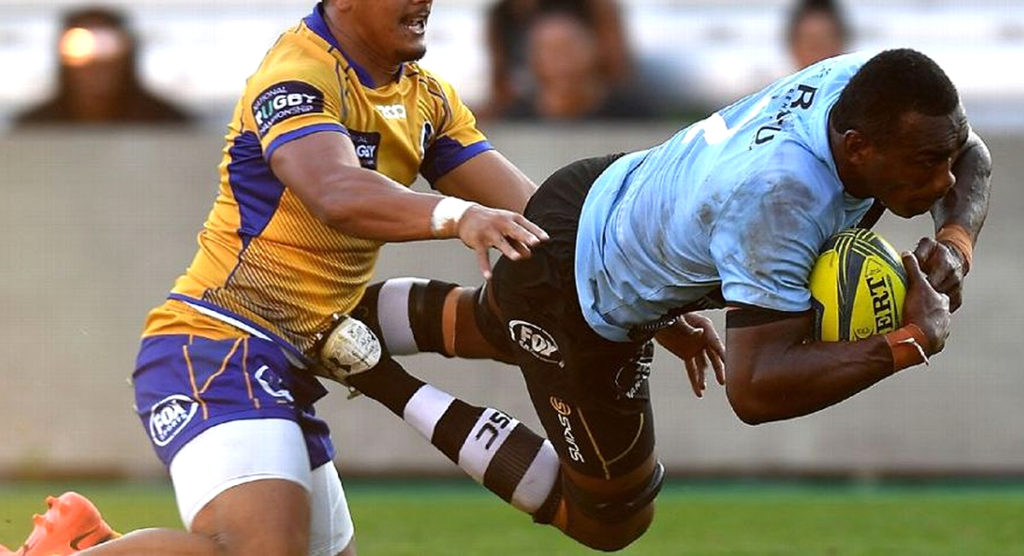 The Fijian Drua will host the Australian National Rugby Championship (NRC) Grand Final after they came from behind against the Canberra Vikings last weekend. They have scored some incredible tries this season, so here is a look at five of the best of them.

The Drua, playing in Australia’s NRC for just the second year, came from 23-7 down in the wet of Lautoka to beat the Vikings 35-28, setting up a home final against defending champions Queensland Country.

“It’s a huge achievement for the Drua team into their second year in the competition and this is huge for Fiji Rugby. Our first time ever to hold the semi-final and now it’s the final and full credit to the team, to the boys, who have been performing well throughout the season,” said head coach Senirusi Seruvakula.

The Fijian side has won seven from eight matches this season, with Country being the only side to have beaten them. In fact, Country knocked them out of the tournament at the semi-final stage last year, and they are yet to beat them in three attempts.

“Everyone wants to play Queensland so we just have to prepare well and this is the biggest game of our lives. So it’s not going to be revenge – it’s just (we) want to prove to Queensland that they are beatable.”

The Drua side have shown an attacking flair that has made them popular with fans, with a massive number of offloads in particular.

An interesting little #NRC18 measure I’ve conjoured. Shows that while @QLDCountry_NRC don’t make near as many clean breaks or offloads as @fijirugby Drua, their clean breaks/offloads % is actually better, and they’ve scored more tries… pic.twitter.com/RcoYIKkHvR

“This is a different team from last year – the high level of skills in the team and their talent is so high. These guys, we are there to perform – perform and entertain – and that’s our thing every week to go out and entertain the crowd and confidence has been there always but we need to start early rather than start later,” added Seruvakula.

On taking on the Drua at home,  rookie flanker Tom Kibble said that their unpredictable style will make it challenging.

“They play a very interesting style of football, with their offloads and trying to keep the ball alive as much as possible, which makes it very difficult for us to shut down,” he said.

“They’re definitely the team to beat, I think they haven’t lost a game at home this year so it’s going to be a difficult task for us but I’m sure we’re up to it.”