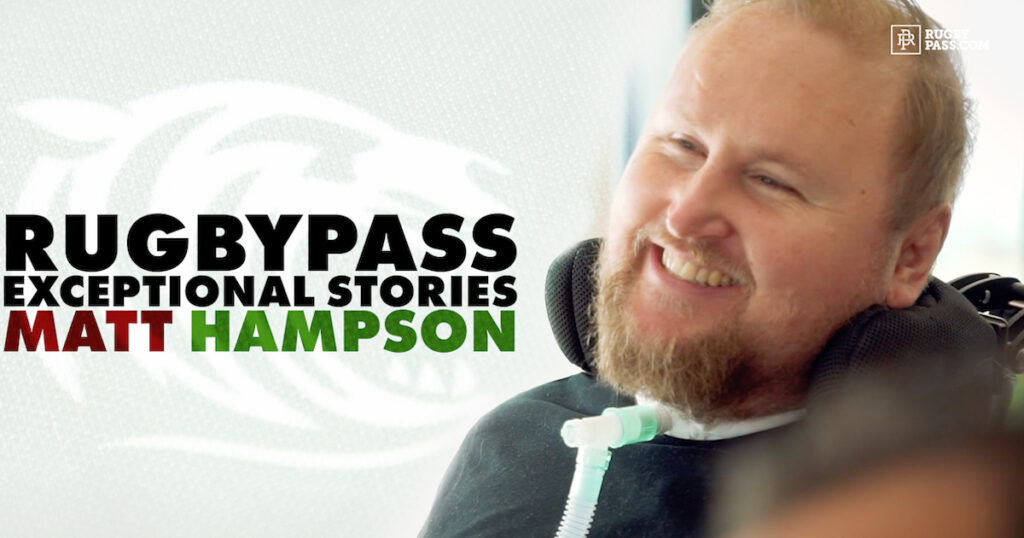 Matt Hampson’s story is one which deserves to be shared as often as possible, to as many people as possible. Why? Because it is so much more than simply rugby.

RugbyPass’ latest half-hour documentary, narrated poignantly by former Leicester Tigers team-mate Jim Hamilton, looks back at Hampson’s rise up the ranks at the club, before his horrific accident which left him paralysed during an England U21 training session in 2005.

Hamilton was a contemporary of Hampson, which makes this documentary even more emotional, but for Hampson, his post-injury life has been more rewarding that anyone could have imagined.

His Get on with Living Centre, a physical rehabilitation centre for victims of serious injuries of sports accidents, was opened in 2018 as a result with more planned for around the UK in future.