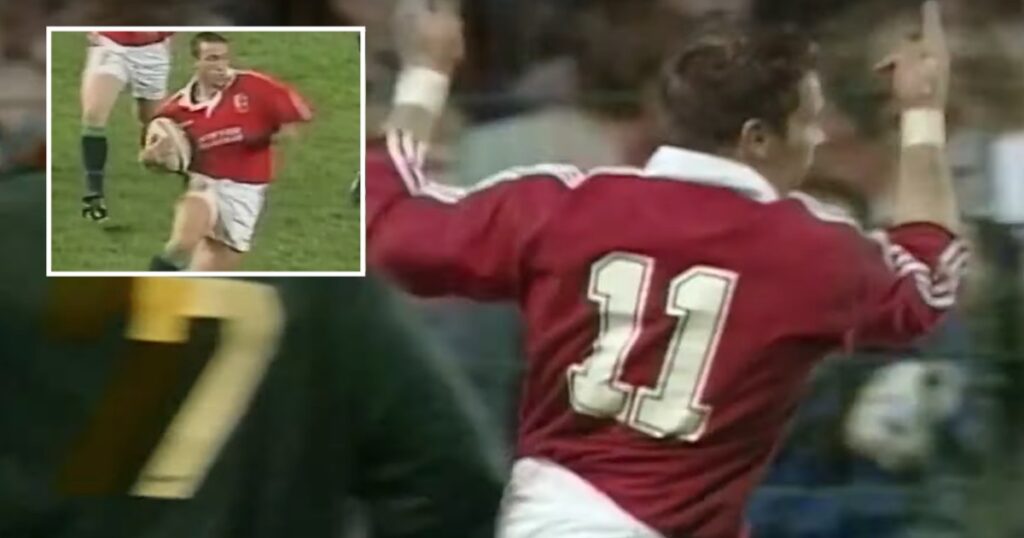 Warren Gatland will name his 36-man squad for the British and Irish Lions tour to South Africa this time next week, so what better excuse to get in the mood for the 2021 tour than by looking back on the last successful trip to the Rainbow Nation for the visitors.

The official Lions channel is certainly getting in on the excitement as well in recent weeks, and has published a wondrous compilation of the best tries scored by the 1997 group, featuring some extraordinary efforts from Test starters and bolters alike.

This was the first professional Lions tour and coaches Jim Telfer and Ian McGeechan elected to use some players who had experienced professional Rugby League in the squad. This enabled Union converts Alain Tait, Scott Gibbs and John Bentley to make the touring party and their impact was felt largely, not just on the pitch, but off it as well.

Tait’s match-sealing try in the first test in Cape Town is one of many glorious scores featured, as is the Bentley absolute screamer against the Gauteng Lions at Ellis Park. How could it not be, right?

One of the best attributes of the Lions in 1997 was that the Test match squad and the weekday squad were so in tune with each other, and each group saw the team success as the most important part of winning the series.

The weekday squad put in the hard graft and often came out worse for wear as the local club sides tried their hardest to roughen up the tourists before the Test matches arrived. These matches were also some of the most expansive and open on tour and gave spectators the chance to witness some fantastic tries.

The Lions won the Test series 2-1, with Jeremy Guscott sealing a famous 18-15 triumph in the second Test in Durban with his last-gasp drop-goal.