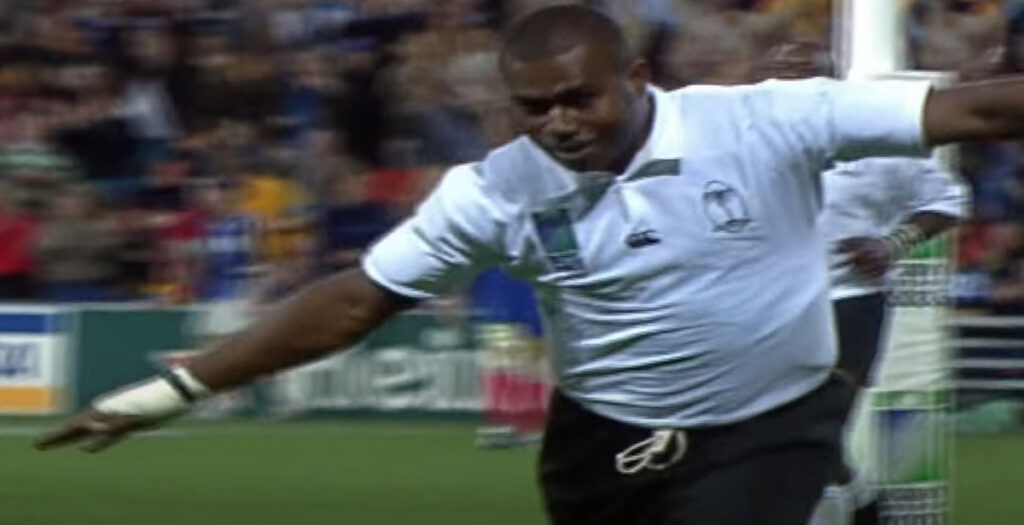 Rupeni Caucaunibuca will be forever loved by rugby fans for his devastating power and pace which left defences helpless throughout the naughties.

His career had its ups and downs from bans for cannabis use to missing a flight to a Test match after losing his passport, but Caucaunibuca is still regarded as a Fijian legend despite only making eight appearances for the national side because of the 10 tries he scored in the process.

His most iconic performances in the white shirt came in the 2003 Rugby World Cup in Australia where he ran riot against Scotland and scored a fantastic solo effort against France despite not being match fit.

The 110kg winger also scored 15 tries in 14 appearances during his brief spell with the Blues in Super Rugby and played the majority of his club rugby with Agen in France.

Here are his best tries for club and country: