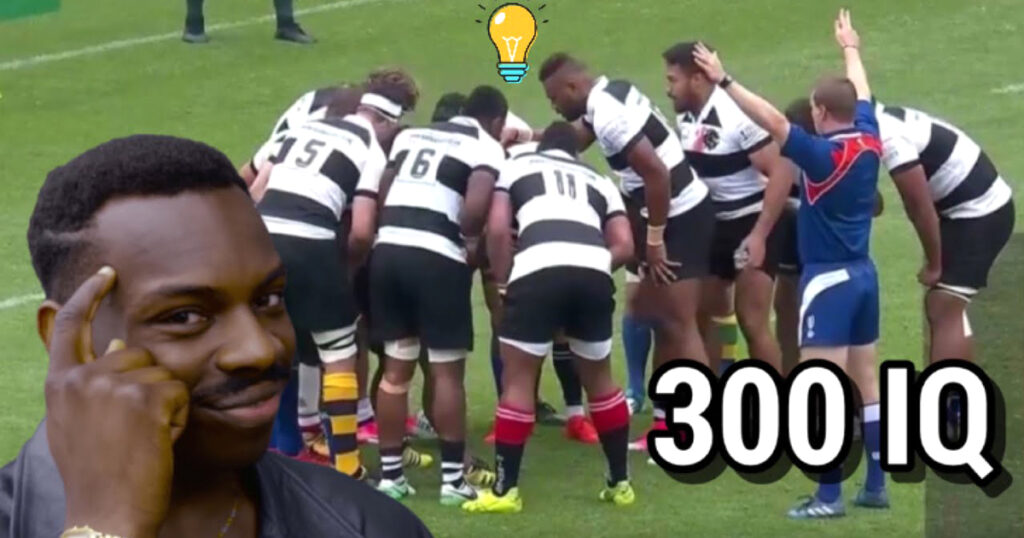 While rugby has become far more structured and defences are tighter than ever, over the years we’ve been treated to some genius instances of ingenuity in order to get that slight edge over the opposition. Here is an enjoyable look at some of those memorable moments.

We covered most of these when they happened, including when James O’Connor was hilariously shown up by Peter Stringer in a Barbarians vs Australia match at Twickenham.

Young O’Connor was taking his time with his kicking routine, so after one little step back, Stringer darted up and simply picked up the ball.

In another Barbarians game against Australia, this time in 2017, the Baa Baas worked a brilliant trick-play that ended with Taniela Tupou scoring with the ball up his jumper. Unfortunately, it was disallowed, but was great fun for those watching and again reminded us why we love the Barbarians.

Brian O’Driscoll’s famous pass to himself is also included, as is the Steven Luatua quarter back line out and Italy so famously pulling off ‘Ruckgate’ in 2017.

The Lima Sopoaga reverse kick is obviously a stand out, and Rob Du Preez’s place kick across the field was also lots of fun to watch!