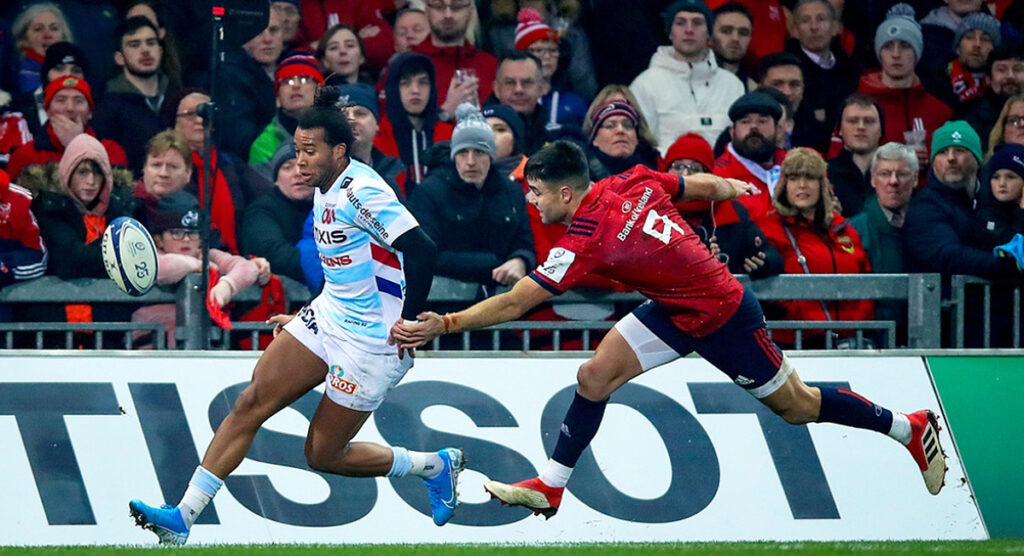 Racing 92 winger Teddy Thomas picked up the official Try of the Round award for round 2 of the Heineken Champions Cup with his effort against Munster in the 21-21 draw, as announced by the official website today.

Both Thomas’ first-half effort and teammate Finn Russell’s try for the TOP 14 club at Thomond Park featured in the Round 2 shortlist which also included scores by Ulster Rugby’s John Cooney and Caolin Blade of Connacht Rugby, as well as Rotimi Segun’s second-half finish for Saracens.

In the end, the Thomas try was selected as the winner by beIN SPORTS’ lead rugby commentator, Rodolphe Pires.

“I chose Teddy Thomas’ try because apart from the individual class involved in the finish, you also had a very good blindside option and a perfect pass by the Racing scrum half, Teddy Iribaren, which really created the opportunity,” said Pires.

The winning try from each round of matches in European club rugby’s blue-riband tournament is determined by the combination of a public vote and the choice of a rugby expert, and fans can win quality prizes by participating in the Champions Try of the Round competition on HeinekenChampionsCup.com.

Round 3 of the Heineken Champions Cup resumes on Friday, 6 December with the first of the crucial back-to-back fixtures between Bath Rugby and ASM Clermont Auvergne.