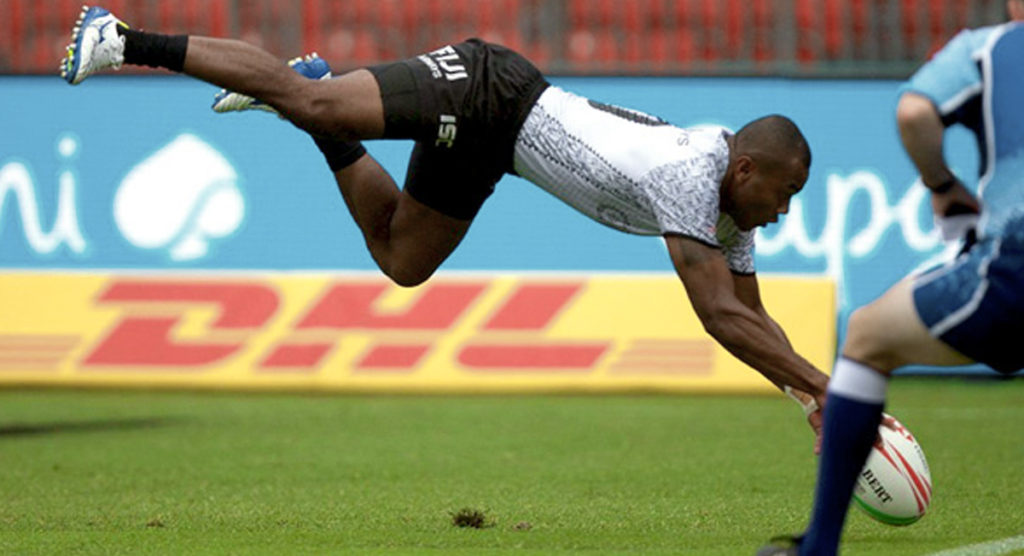 While there was plenty of action taking place across the rugby globe, notably in the Six Nations, this past weekend, this try scored at the Sydney Sevens is arguably one of the most spectacular things we’ve seen in a while.

In their first match, Alasio Naduva put in an incredible chase from a restart to touch down against Japan as the Fijians entertained on before being knocked out by eventual winners, New Zealand, in the Cup semi finals.

The 28-year-old flyer said that he was determined but wasn’t sure if the ball would stay in the field.

“When Terio Tamani kicked that ball, I thought it’s going out but I kept on working hard until I scored the try,” he said in an interview as he received the UL Mark of Excellence award for the try.

The UL Mark of Excellence award goes to Fiji's Alosio Naduva for one of the finishes of the world series so far against Japan! #EmpoweringTrust @ULdialogue pic.twitter.com/ITHc4cJ3kM

His sprint to make the acrobatic finish was tracked at a top speed of 36km/h, according to World Rugby.