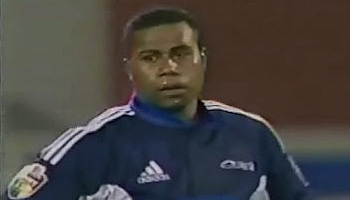 Back in 2004 Rupeni Caucaunibuca was regarded by some as being the greatest attacking rugby player in the world. An opinion that is hard to disagree with upon evidence of this blast from the past clip of his hat-trick against the Crusaders back in February 2004.

Despite his problems in the later years “Rups” certainly shows what it takes to be a world class winger in the clip above. He displayed the perfect combination of pace, power and finishing to show what a talented force he once was.

This particular piece of brilliance helped the Auckland Blues win 38-29 on the night.

We certainly have our fingers crossed that the Fijian flyer makes good of his desire to play for Fiji in the Sevens for the upcoming 2016 Olympics, and if he manages to bring with him any of that magic from back in 2004, all the previous off-field issues will surely be forgotten.