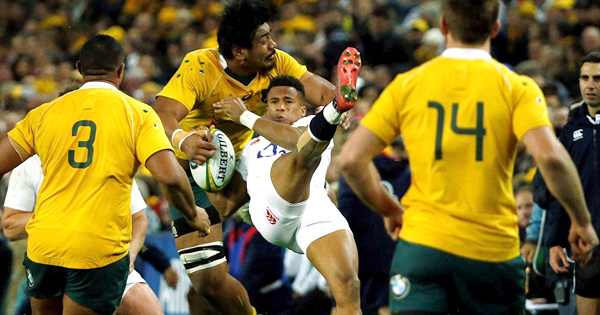 Australian second-row Will Skelton was lucky to avoid a yellow card in the third Test match against England last month following a huge aerial collision with Anthony Watson.

Skelton was challenging for the ball following a George Ford restart and recklessly took Watson out, causing the English winger to land on his back.

Referee Nigel Owens penalised the 6ft 6″ Skelton due to the fact that the lock forward had made a genuine attempt to secure the ball, and in fact had got a hand on the ball.

Australia were leading at the time 15-10 but such was the nature of the game and the scoring, the penalty conceded was certainly a costly one.

It was one of a number of midair collisions that have caused some controversy of late.

Did referee Owens get it right or should Skelton have seen yellow?