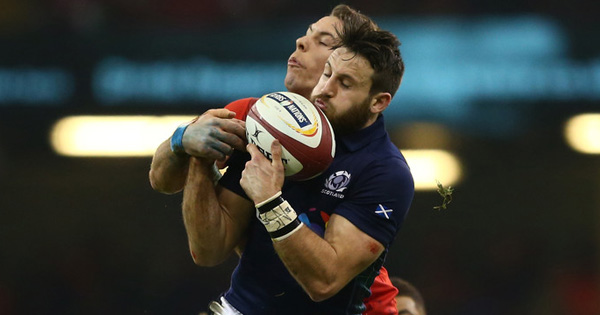 Scotland winger Tommy Seymour had an outstanding game against Wales on Saturday, dominating under the high ball as well as scoring a nicely taken try. Here is a quick look at his superb aerial prowess, as he won the contest in the air on multiple occasions.

Seymour scored Scotland’s first try of the 27-23 defeat, but later sprained an ankle, putting him in doubt for their fixture against Italy in Rome next weekend.

The talented winger played a huge part in Scotland’s Rugby World Cup, so below is a short montage of him in action. Hopefully he recovers in time for their next fixture in Rome.