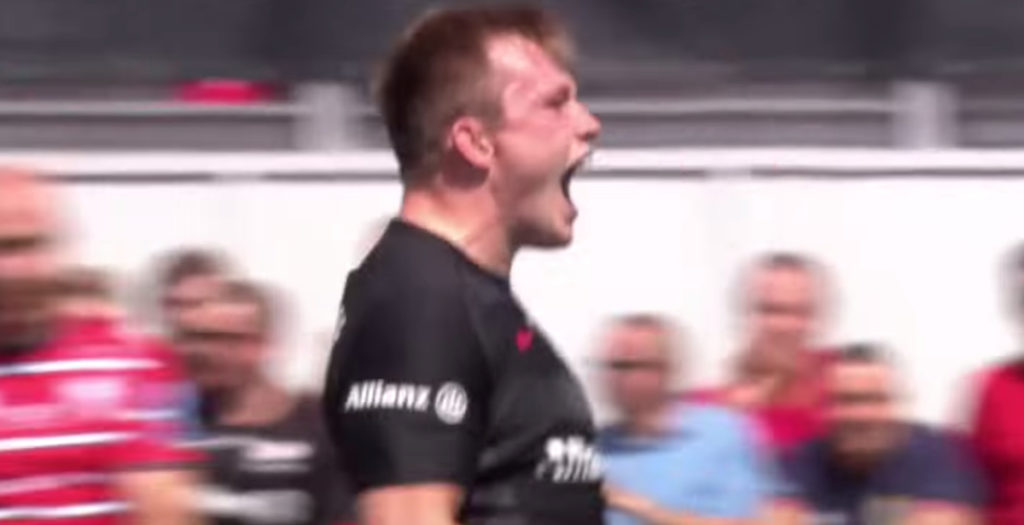 Saracens centre Nick Tompkins finished off a wonderful counter attack try against Gloucester in the Premiership semi-final on Saturday.

The move was started by lock Will Skelton, who dived on a loose ball at the back of a Gloucester ruck and Billy Vunipola then reacted well to give a reverse pass to hooker Jamie George down the blindside.

The ball was then transferred between the hands of Alex Goode, Alex Lozowski, Liam Williams, Owen Farrell and eventually Tompkins, who ran the ball in from 20 metres to score the fifth try of the game for Saracens.

This was the second try of the game for Tompkins, who went on to score just the second semi-final hat-trick in the history of Premiership rugby.

What’s even more impressive is that the 24-year-old only made a part appearance having come off the bench in the first half for Brad Barrett in midfield.

Saracens went on to win the game 44-19 to set them up for yet another final against Exeter Chiefs and potentially a European and domestic double.