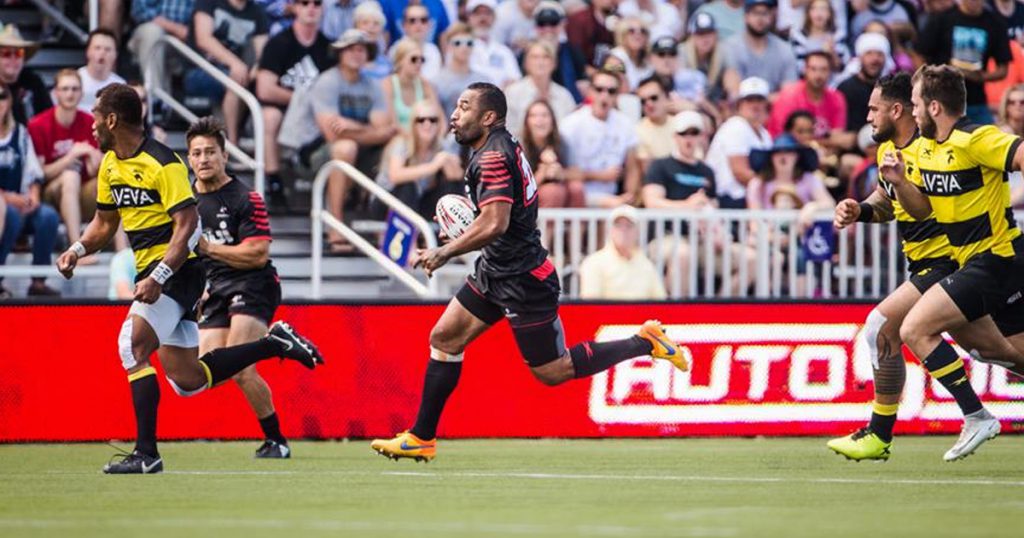 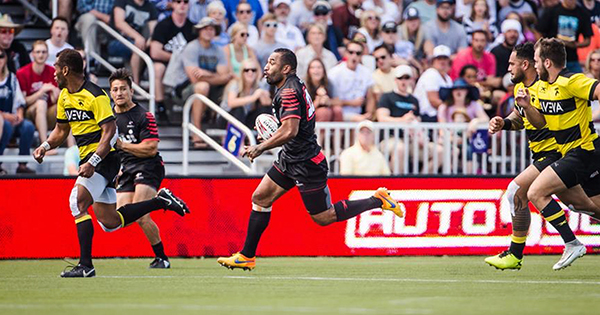 The effort, finished off by Tonata Lauti, was also named Try of the Week for the round, as the Warriors beat the Houston Sabercats 31-27 in a tight encounter.

They are promoted to the league’s first ever Championship Series playoffs round, with the semi finals being held on June 30th in Glendale, Colorado. The top four teams comprise the semi finals, so that is Utah Warriors against Glendale Raptors, and Seattle Seawolves vs San Diego Legion.

‘Ikale Tahi legend Vainikolo, now 33-years-old, joined the Warriors in January and is one of a handful of household names in the league. In this try, you can actually see him getting tackled by Fijian 7s legend, Osea Kolinisau.

Vainikolo is of course known for his try-scoring prowess with Tonga, but was also a star with the Highlanders before he moved to Ireland to play for Connacht, followed by the Exeter Chiefs and then Oyonnax in France.

His sprint downfield and offload to Lauti was for the winger’s second try of the match, making him the league-leader in tries this season with eight five-pointers.

“This is the win we needed and although we came out slow, we fought back and controlled our destiny. I am very pleased with our effort and we look forward to the playoffs. We will need to put together our full game to go all the way.” said Head Coach Alf Daniels after the win.

While the standard of the league is not quite what we see in ‘Tier One’ nations, it was fantastic to see that the structures are in place and the crowds are turning up to support the growth of the competition.

The final of the MLR takes place on July 7th.