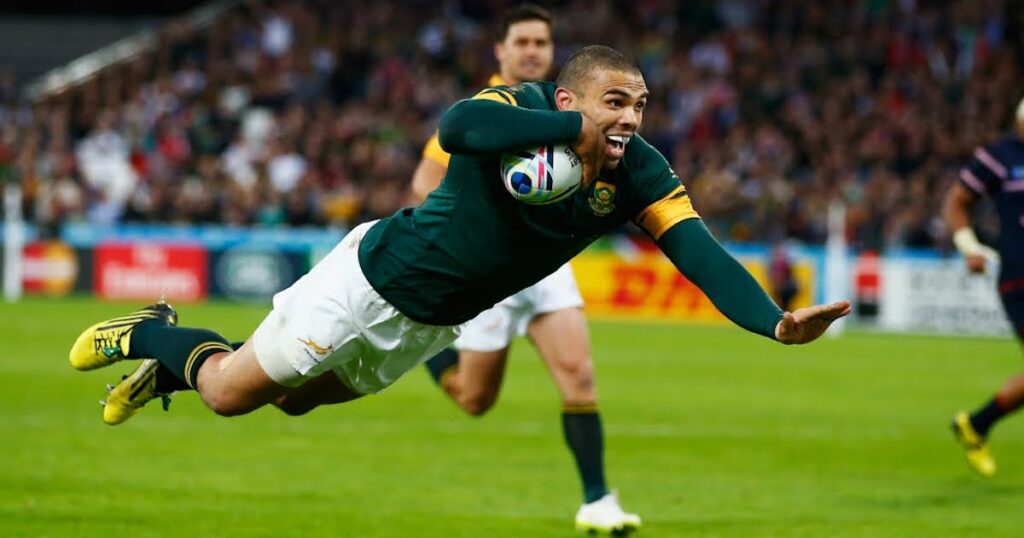 Statistically, Bryan Habana shares the record for tries scored at the Rugby World Cup with the late Jonah Lomu, with 15, but it might be argued that the South African flyer was the most successful of the two.

Each player had their own unique selling point as a winger; Lomu’s sheer size and strength made him almost impossible to tackle, while Habana was generally considered to be one of the fastest players in the world when he burst onto the scene in 2004.

Perhaps what makes Habana’s achievements stand out so much is due in part to Lomu’s career not lasting as long as it could, and possibly should have. Lomu only played in two World Cups, in 1995 and 1999, while Habana took part in three (2007, 2011 and 2015).

Looking at the facts, Lomu’s strike rate is better based on the fact that he played fewer games, but Habana’s longevity and form across all three World Cups probably gives the South African the edge.

Of his 67 international Test tries, Habana’s RWC scores are among the best, if not most important, of his career. His double against Argentina in the 2007 semi-final buried Los Pumas and set up a final against England which the Springboks won 15-6. The incredible intercept read deep into the second half in Paris in particular, is one to watch and re-watch.

Far from creating a debate which probably doesn’t need to be had, here’s Habana’s top 10 tries at Rugby World Cups over the years, as chosen by World Rugby: