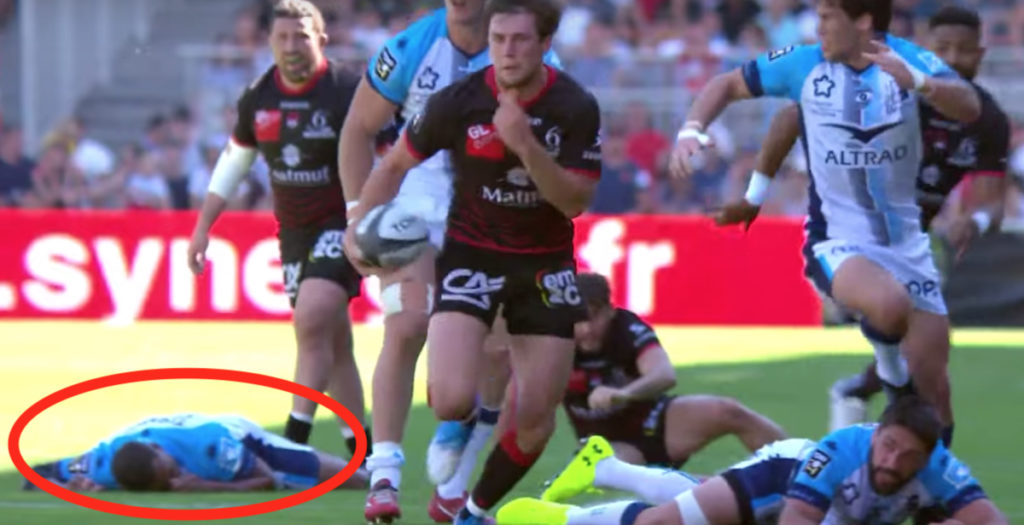 Montpellier winger Timoci Nagusa appeared to simulate an injury in the build up to Lyon’s first try in Saturday’s Top 14 play-off quarter-finals.

Nagusa was competing for the ball at a breakdown when Lyon full back Delon Armitage cleared him out of the ruck.

The Fijian fell to the floor and remained motionless until after centre Pierre-Louis Barassi scored for Lyon.

Lyon went on to win the game 21-16 at Matmut Stadium de Gerland meaning they will face Clermont Auvergne in the semi-finals on Sunday 9 June.

Watch the build up to Barassi’s try below and see what you make of Nagusa’s reaction: