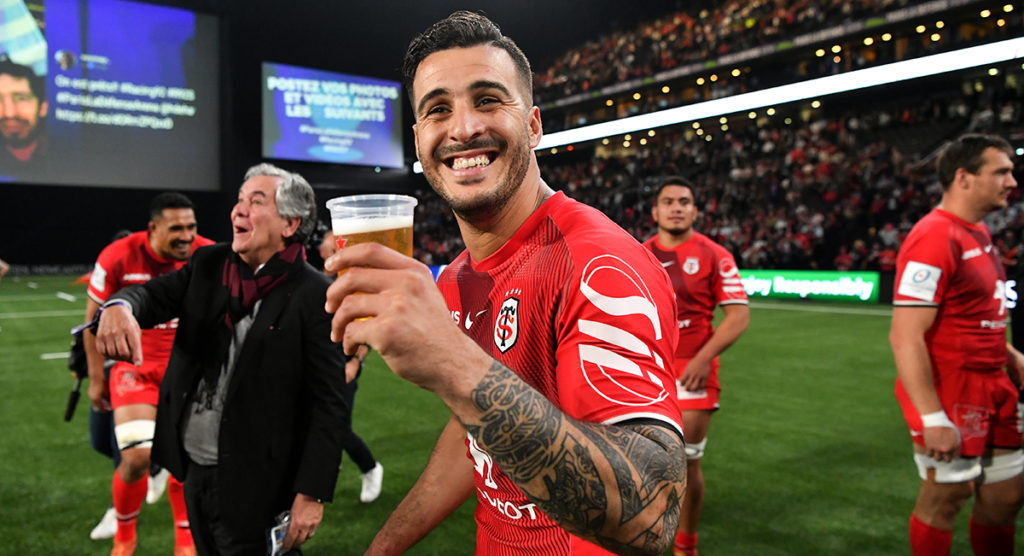 The powerful back has been one of France’s headline players over the years, and while he has been in and out of the team due to form and disciplinary issues, he is world class on his day. However, Brunel highlighted fitness as a major concern when he was selecting his initial training squad, and subsequently, the 20 stone centre has missed out.

With all the furore surrounding Bastareaud, little attention was given to the man that replaced him, Sofiane Guitoune. The 30-year-old Toulouse centre has been in international exile since the 2015 World Cup, but a barnstorming campaign with the French champions meant Brunel had little choice but to pick him.

The five-cap international took to Instagram recently to say that he still cannot believe he has been selected a week on.

To some, Guitoune’s selection may have come as a surprise given Bastareaud’s reputation and experience. But this is a suggestion that Brunel has looked to form in this instance, as Bastareaud has been part of a struggling Toulon team, and was actually relying on his reputation to make the team.

On the other hand, Guitoune has been sensational in a Toulouse backline that have been rampant this season, winning the Top 14. He may not be as powerful as the Toulon centre, but he is still a strong runner and is capable of playing anywhere in the outside backs.

This versatility would surely have helped him in earning a place, as he may fit seamlessly into the French backline, which is likely to have a number of his club teammates in it.

Throughout his tenure with France, Brunel has come under heavy criticism for his selections, but this is a big call that is warranted, even if it still surprises Guitoune.