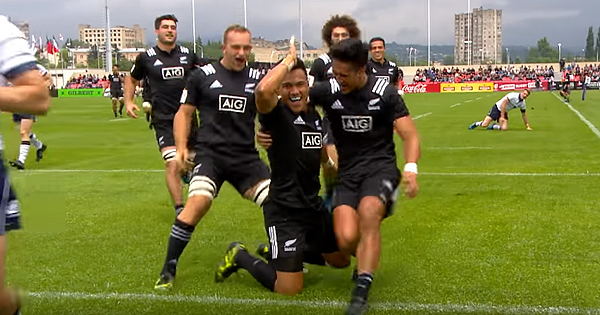 Day one of the World Rugby U20 Championship got off to a thrilling start in Georgia on Wednesday, with the world’s top 12 junior teams putting on a show in both Tbilisi and Kutaisi.

Italy beat Ireland 22-21, while New Zealand put in a strong second half for a 42-20 win over Scotland. While hosts Georgia went down 37-26 to Argentina in front of a vocal crowd in Avchala. Finally, Australia came up with a late try to beat Wales 24-17 at the death.

View some of the best tries from day one above. Day two kicks off on Sunday, 4 June.