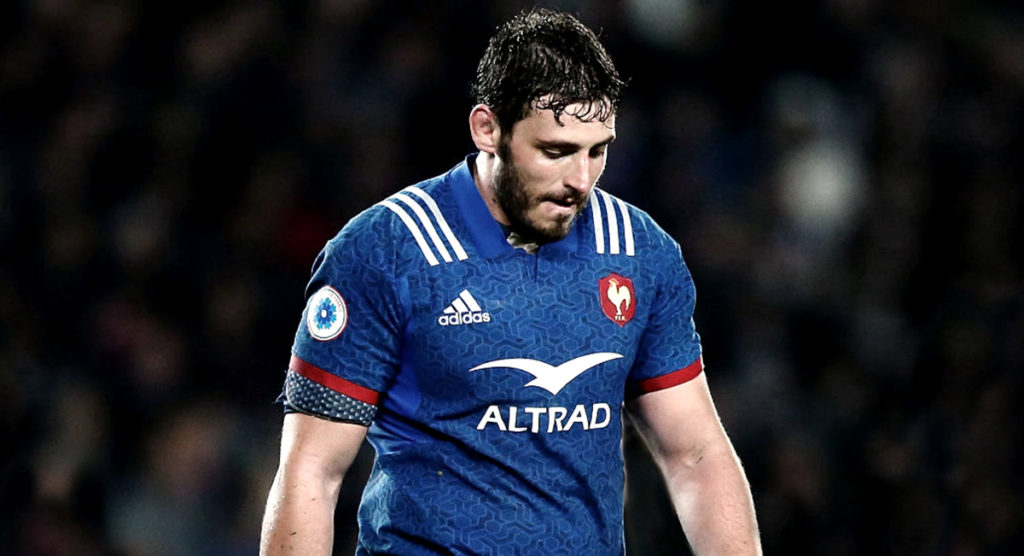 The Disciplinary Committee chaired by Simon Thomas (Wales) alongside Donal Courtney (Ireland) and Valeriu Toma (Romania, via Skype), viewed footage with various angles of the incident in which Gabrillagues, in the 16th minute of the match, allegedly made contact with the head of an opponent contrary to Law 9.20 – “a player must not charge into a ruck or maul”.

France lock Paul Gabrillagues has been cited for this clearout against Scotland.

Foul play contrary to Law 9.20 (dangerous play in a ruck or maul). pic.twitter.com/x6h4JaaAXT

The Disciplinary Committee also considered the written evidence and listened to submissions by and on behalf of the player, in which Gabrillagues accepted that the alleged act did amount to foul play worthy of a red card.

The Disciplinary Committee, having considered the evidence and the submissions, deemed that the foul play was intentional, the offence took place at considerable pace and with considerable force to the opposition’s head such that the player sustained an injury.

The Committee determined that the act merited a top-end entry point which, according to World Rugby’s sanctions table within Regulation 17, carries a minimum 10-week suspension.

RELATED POST: Young No. 8 stars for France in Scotland thumping

Having noted Gabrillagues’ early acknowledgement of guilt, his apology and expression of remorse to his opponent and his good conduct at the hearing, the disciplinary committee reduced the 10-week entry point by 40 per cent, resulting in a sanction of six weeks.

Taking into account Gabrillagues’ playing schedule, the suspension will end at midnight on Sunday, 6 October, 2019 after which he is free to resume playing.

Gabrillagues has the right to appeal the decision within 48 hours of receiving the written decision.