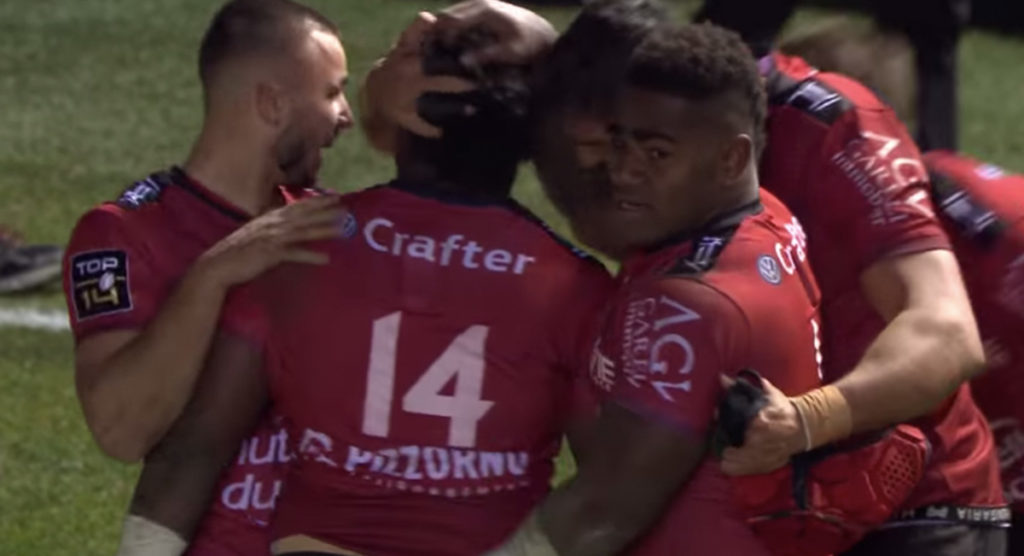 Toulon were staring at their 10th Top 14 loss before waking up late to score two stunning tries in their 33-30 come-from-behind victory over Stade Francais on Sunday night.

Louis Carbonel scored with under four minutes remaining before Filipo Nakosi followed with the outstanding match-winner, his second on the night.

Thanks in part to Jules Plisson’s drop-goal, Stade were carrying a seven-point lead into the last five minutes of the match. With roughly three and a half minutes remaining, Carbonel was able to slash his way through the Stade defence before shrugging off two defenders for the score.

Toulon’s chances seemed to fade into the night as Carbonel couldn’t manage to help himself out and pushed his conversion wide to the right.

However, Toulon got one last chance and that was all they needed. The home side were able to show some classy footwork from the kickoff as a change in direction found Nakosi out wide.

The winger, the brother of Fijian star Josua Tuisova, sealed the come-from-behind victory with his brilliant kick and chase, outpacing the defence even while stumbling the last 15 metres or so.